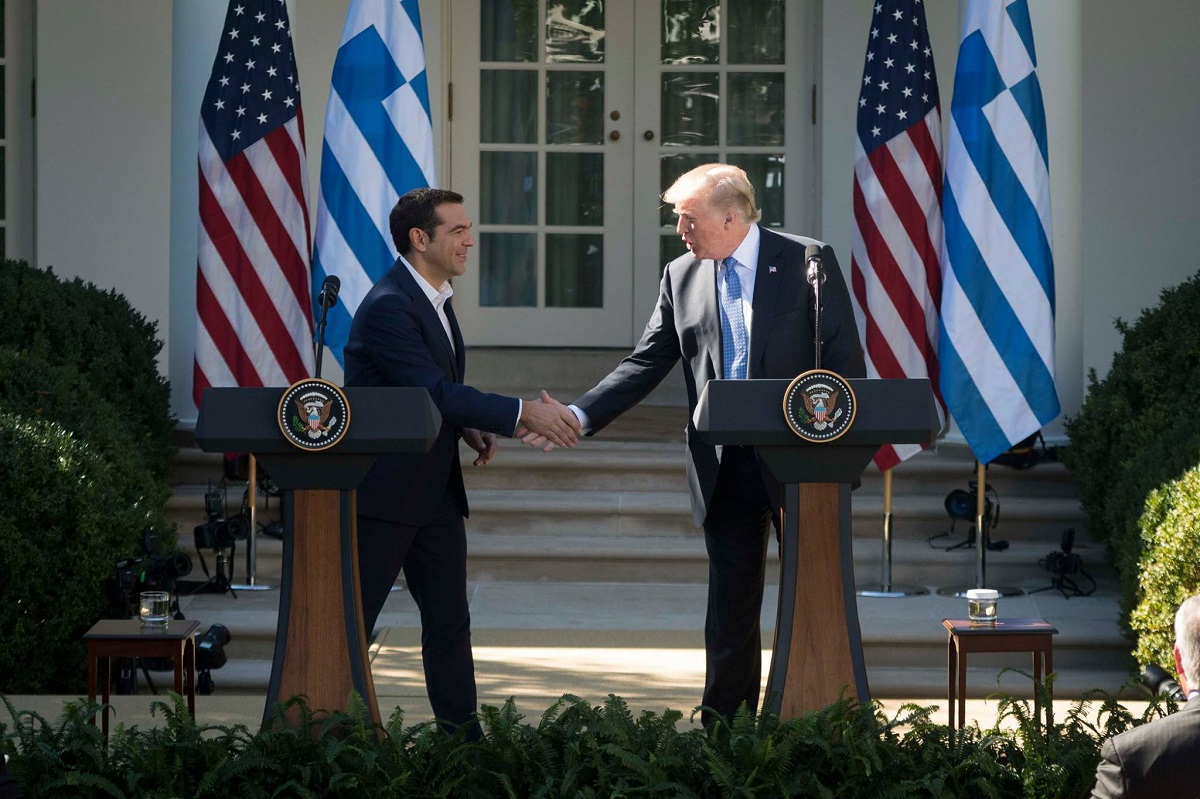 Greece is an attractive investment destination, US President Donald Trump said on Tuesday after meeting with Greek Prime Minister Alexis Tsipras at the White House in Washington.

The two leaders discussed cooperation in the areas of defence, energy and trade as well as investments in Greek oil resources. Priorities for the NATO allies include extending the agreement to use the Souda Bay US naval base on Crete, and the upgrade of Greece’s fleet of F-16 military jets at a reported budget of 1.4 billion dollars.

Greece is gaining importance due to its strategic geopolitical location as US-Turkey ties become volatile.  The country’s major geopolitical role has led to increased interest by the US government as demonstrated by the fact that Tsipras is the only Greek head of state to have met two US presidents in less than a year. Tsipras met with former US President Barak Obama in November 2016.

Trump expressed his trust in Greece, adding that the country can play a crucial role in the stability of the region and that it is an important US ally. Referring to the Souda military base, Tsipras said it was “of particular importance for NATO’s geo-strategic interests. A great deal of work is done there and it must be upgraded”.

Trump said the US – the sixth largest foreign investor in Greece – would support the country in its effort to recover and settle its debt, urging Tsipras to implement the program reforms.

Under the motto “Greece is Back”, Tsipras reassured the US president that the Hellinikon real estate project was moving ahead and would be “ready in a few years”, adding that US investments were necessary in Greece’s recovery efforts.

Meanwhile, Tsipras is the fourth Greek prime minister to be staying at the Blair House, the US president’s guest house in Washington DC.