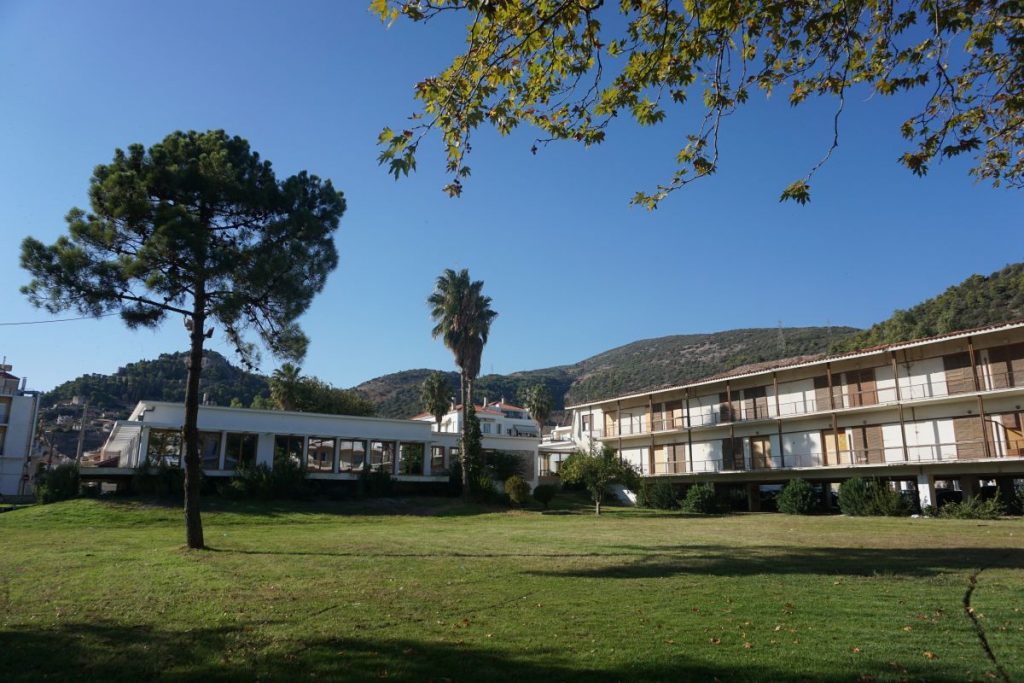 The revamp of the historic Xenia hotel in Nafpaktos is expected to contribute to the upgrade of the tourism product of the Western Greek city, Mayor Panagiotis Loukopoulos said on Friday.

Speaking to journalists during a press conference held on the sidelines of the Nostos Expo 2017 trade show in Nafpaktos, Mayor Loukopoulos announced plans for the former Xenia hotel, which has been closed since 1997, to transform into a conference and cultural center.

Built in the late 1970s and located in the Nova Gardens in the center of Nafpaktos, the Xenia hotel consists of three buildings.

According to the municipality’s plans, the main building of the property will function as a museum, while eight suites will also be constructed for hosting official guests visiting Nafpaktos. The revamped Xenia will also include a restaurant, café and a conference hall with a capacity of 300 guests.

Moreover, the northwest section of the property will be used for the digital representation (virtual museum) of the Naval Battle of Lepanto.

“The digital representation of the renowned naval battle is expected to boost our reputation as a destination for student tourism, a form of tourism that is not limited to the summer months,” Mayor Loukopoulos said, underlining the city’s aim to attract tourism during the off season months.

The budget for the reconstruction of the former Xenia is estimated at 2.55 million euros (2 million euros will be covered by EU funds and the remaining amount by the Consignment Deposits and Loans Fund). A tender for Xenia’s reconstruction is expected to be launched by next year and the municipality aims for it to operate as a cultural and conference center by 2019.

According to the municipality’s plans, the revamp will not alter the building’s architecture, a creation of noted Greek architect Aris Konstantinides during his tenure at the Greek National Tourism Organization (GNTO).

From 1950 to 1974, the GNTO carried out a program of hotel and motel construction to boost Greece’s tourism development. Over 40 Xenia properties once constituted a unique network of complexes that boasted excellent architecture and construction. Today, surviving examples of the Xenia hotels have been substantially altered or have fallen into disrepair.