Co-organized by the Municipality of Santorini, DAPPOS and Active Media Group, the running and swimming races this year saw over 1,500 athletes testing their limits. Foreign participation surpassed all previous records, with athletes from some 40 countries were racing and swimming on Santorini. 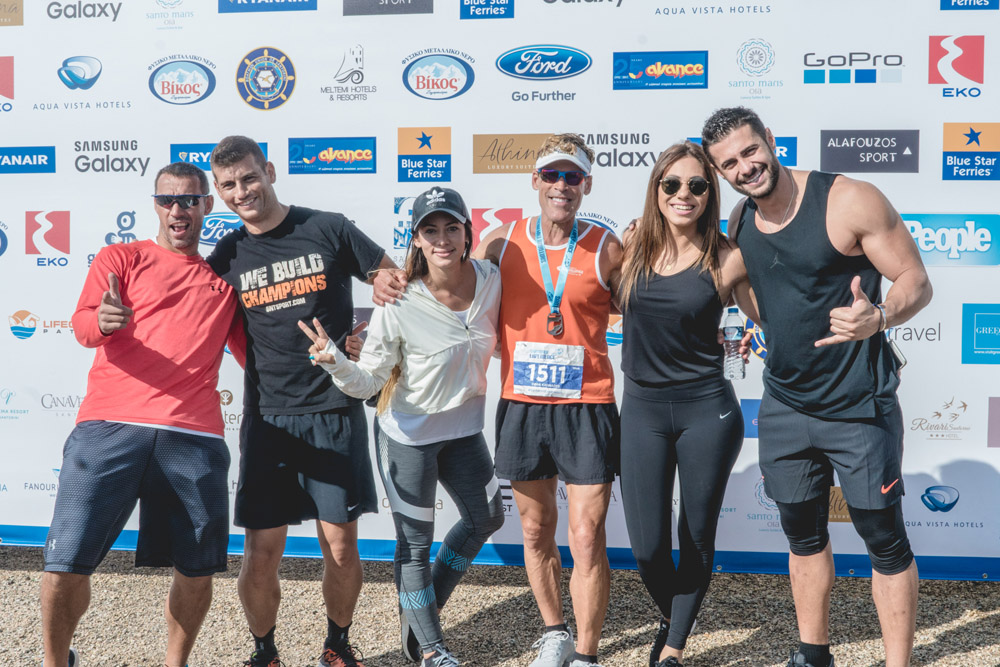 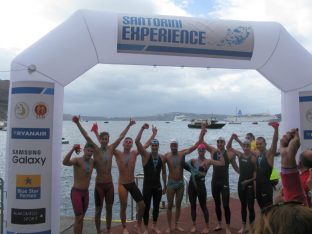 “The foreign participants and visitors approached the event mostly in groups this year, showing the results of the promotion which was made through the tourism expo in Sweden, the campaign implemented in Germany targeted at the first autumn school holidays and the targeted communication strategy in China, Australia, New Zealand, South Africa and America was effective,” the organizers said.

Running: difficult and demanding… but an exciting route! 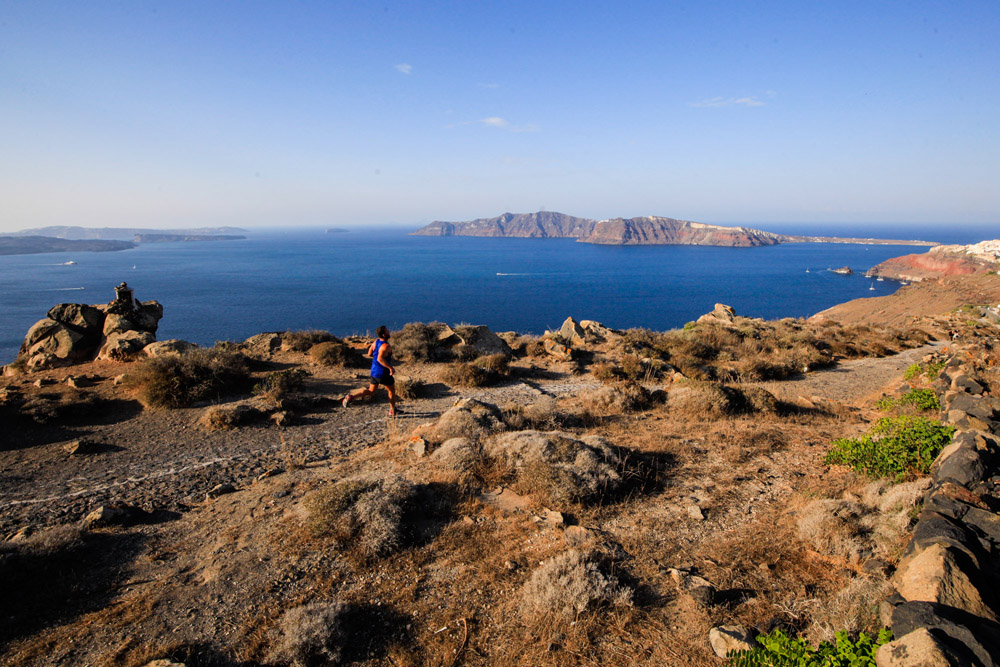 The hundreds of athletes that participated in the running routes — the 5km “Aristides Alafouzos”, 10 km and 15 km — had the unique image of the volcano overlooking the Caldera as a backdrop and passed through the settlements of Imerovigli, Firostefani and Oia. The 5km route took this year’s name “Aristides Alafouzos” in memory of the great benefactor of the island. Results in running and open water swimming races can be found here.

Swimming with the champions! 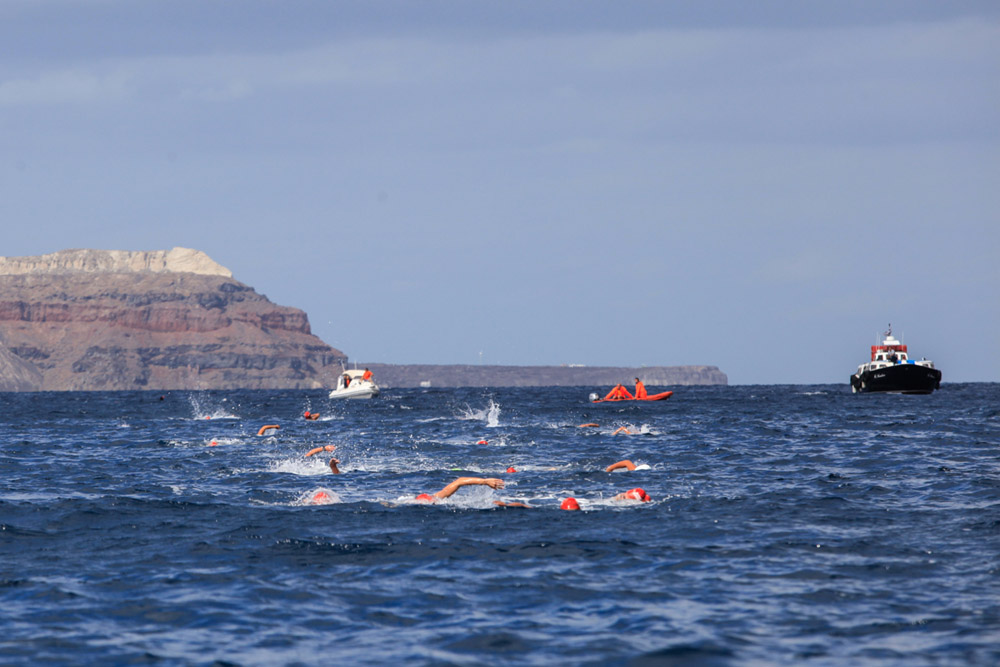 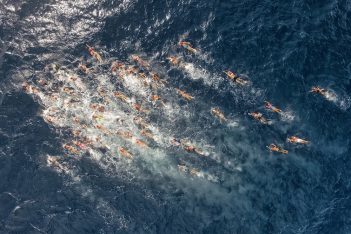 On the international side, Hungarian swimmer Attila Manyoki, a recognized athlete in open water swimming with several successes and a member of the International Marathon Swimming Hall of Fame (IMSHOF), took part for the first time in the “Santorini Experience” event.

The swimming competition also saw the participation of new and young Greek leading open water swimmers who are following in the footsteps of Spyros Gianniotis (he swam in Santorini in 2015 and 2016 before his withdrawal) and were instructed by federal coach Nikos Gemelos.

Young children participating in the 1km running race on Friday at Panthiraikos Stadium in Fira were excited to run with Olympic and World Champion at 400 meters with hurdles Periklis Iakovakis (who ran also the 5km) and Greek-American ultramarathon runner Dean Karnazes, who participated in the 5km and 15 km running races. The “Santorini Experience” event also included TaeKwonDo lessons, conducted to advanced and amateur athletes by twice silver Olympic medalist Alexandros Nikolaidis. The athletes’ warm-up exercises were conducted by pilates instructor Mandy Perskaki. 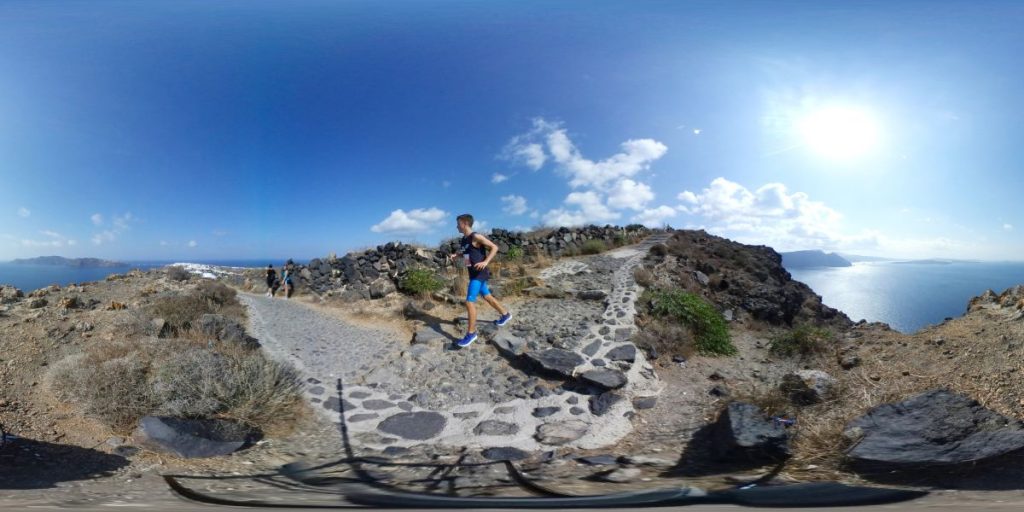 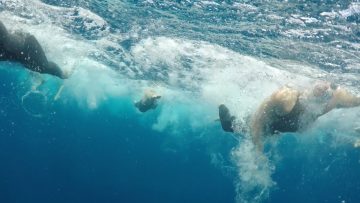 For the first time in a sports event in Greece, Samsung, as the official technology partner, offered its innovative services through the Samsung Galaxy ecosystem. The Samsung Galaxy S8 and S8+, combined with the Gear 360 camera and Gear VR, enriched the experience of attendees and spectators with unique content at 360 degrees. Also, the GoPro 6 action camera made its first “appearance” in Greece and was first used at the “Santorini Experience” event.

“Santorini Experience” took place under the auspices of the Greek National Tourism Organization and the Hellenic Swimming Federation.

The event this year was broadcast in 87 countries through FOX Sports TV network. 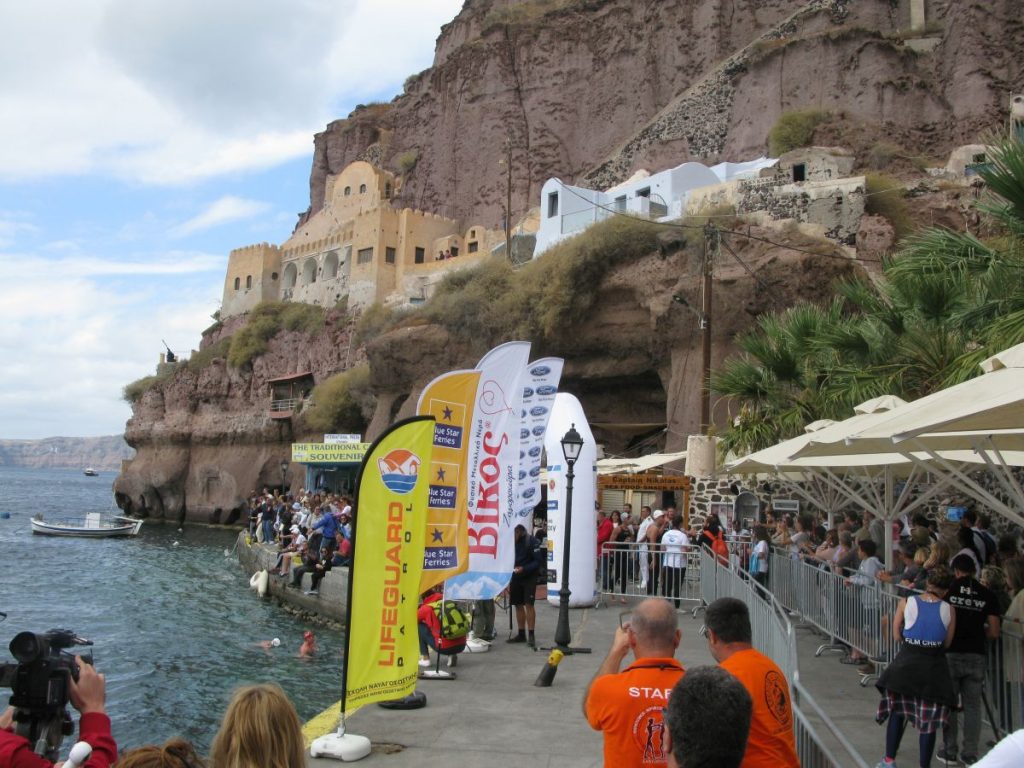 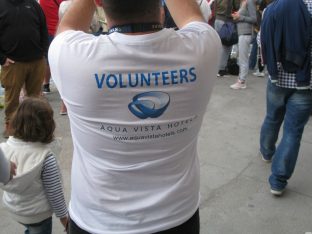 The Greek Travel Pages (GTP) was a communication sponsor of the third “Santorini Experience”.