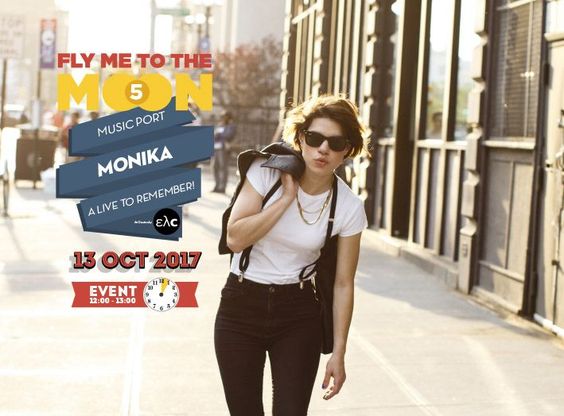 With live concerts in some of the most prestigious Greek venues, such as the Odeon of Herodes Atticus and the Little Theater of Ancient Epidaurus, Monika Christodoulou, one of Greece’s popular young singers-composers, will come for the first time at Athens Airport to perform songs from her three hit albums, as well as brand new ones.

Monika:
Since her first appearance in the English-speaking indie music scene of her hometown, she became the ultimate breakthrough in Greece with her debut album “Avatar” (2008), as well as with the following one, “Exit” (2010). In 2014 she released a third album, titled “Secret in the Dark”, recorded exclusively in New York, followed by a big tour in both sides of the Atlantic. Fast forward to the summer of 2017, when Monika was the main headliner of the famous “Summer Nostos Festival” of Stavros Niarchos Foundation and presented her first Greek song, “Stala”. Monika has had international collaborations with renowned names of the music industry and many performances overseas.