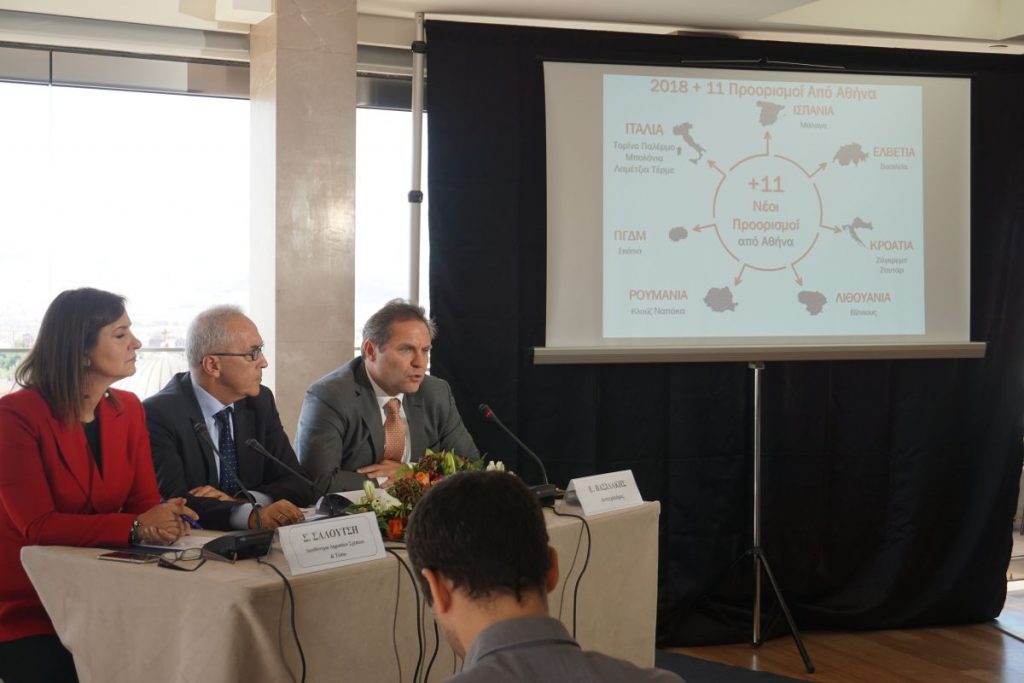 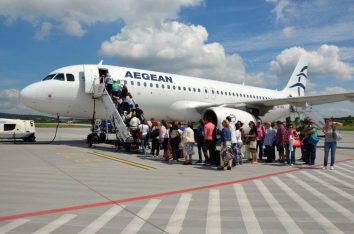 “2018 will be yet another year of widening our international presence and the choices we offer to our passengers,” AEGEAN Vice President Eftichios Vassilakis said during a press conference held at the Electra Metropolis hotel in Athens.

According to Vassilakis, the strengthening of the company’s network in 2018 offers increased accessibility, through new connections, in key markets that function as vital sources of tourism for Greece, such as France, Italy and Germany. 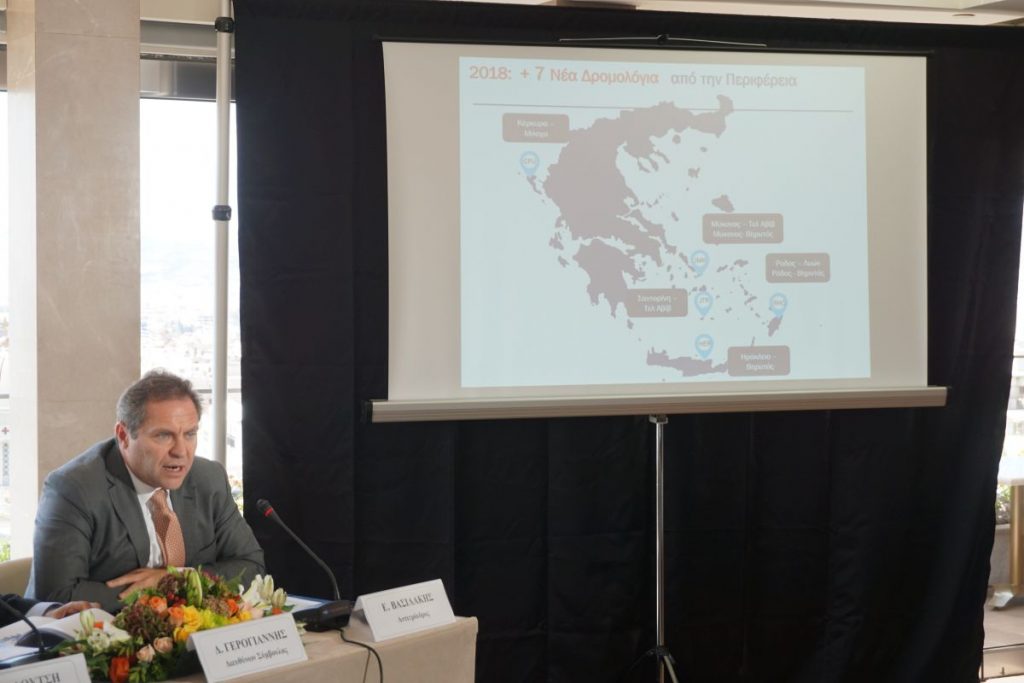 Aiming to continue strengthening its Athens hub to bring benefits for the city and other regions and islands of Greece, AEGEAN will connect the Greek capital with 81 international destinations. “It is the first time that so many cities from major tourism markets will have a direct connection to Athens, which supports both short city breaks and the accessibility to our islands,” Vassilakis underlined.

Moreover, he informed the media that AEGEAN has moved forward with the upgrading of passenger lounges in Thessaloniki and Larnaca. By the end of 2017, the company will have upgraded its passenger lounge in the Athens International Airport (AIA). A new, second, lounge in AIA, for flights outside Schengen, is expected to be completed by early 2018. 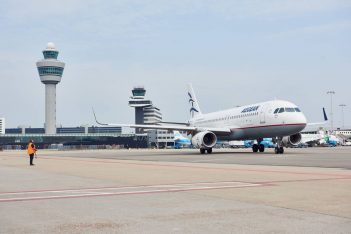 Vassilakis informed that by the end of the year, AEGEAN will take its final decisions on the purchasing of 45-55 new generation aircraft, totaling $2.4-3 billion. The airline will aim to gradually replace the 48 aircraft it operates today from 2019 to 2025.

According to Vassilakis, the company is already in talks with Airbus and Boeing since last March. Through a relevant tender that is already running, Aegean aims to renew its fleet with a new generation of small and medium-sized aircraft, which will have lower fuel consumption, lower operating costs and noise levels and a greater range to cover more destinations from all of the company’s bases.

Based on the offers, the Greek company will choose between Airbus 320neo and Boeing 737max by the end of the year.

The company is continuing its “Greece by Greeks” campaign, which features basketball star Giannis Antetokounmpo. The campaign has gathered more than 10,000 “secrets” from all over Greece, with the help of the public. From November onwards, these “secrets” will travel all across the world.

AEGEAN also said it will continue to focus on supporting and developing the Greek regions, through the implementation of its “Closer to Greece” project, which concerns the support of local communities and products through monthly features of Greek destinations screened during domestic and international flights.