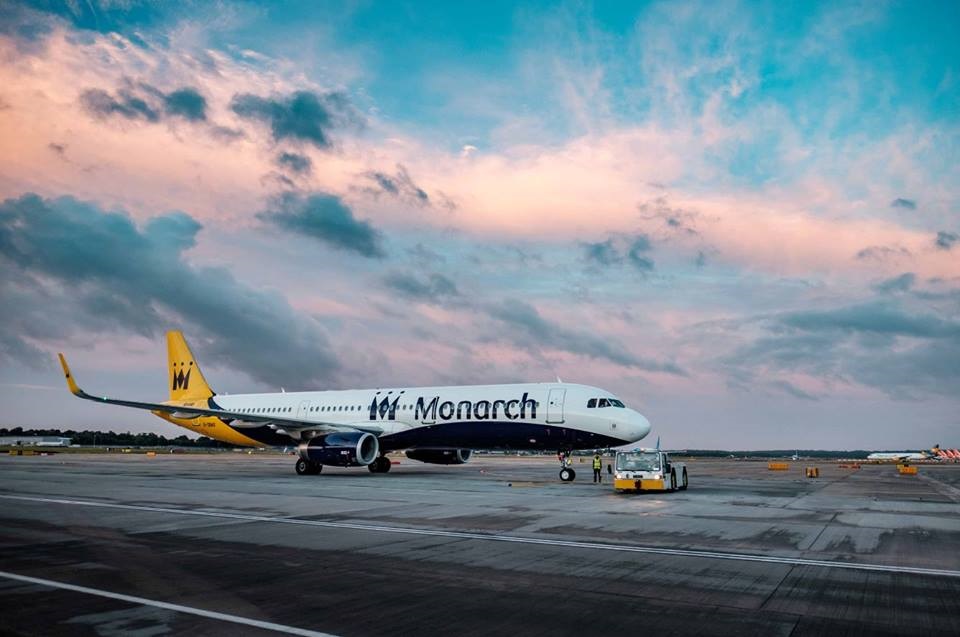 The UK’s fifth largest carrier Monarch announced today that it had ceased trading and cancelled all its flights affecting thousands of customers.

Facing growing challenges including a weaker demand for terrorist-hit destinations such as Turkey, Tunisia and Egypt as well as cut-throat competition to European destinations such as Greece and Spain, Monarch – currently employing about 2,100 people and one of the UK’s oldest carriers – reported losses to the tune of 291 million pounds in 2016.

Some 860,000 travelers were sent text messages informing them of cancelled flights while the Civil Aviation Authority (CAA) has scheduled replacement flights to fly to 33 airports to return 110,000 holidaymakers who are overseas in 11 countries including Greece, Spain and Portugal.

Meanwhile, 300,000 Monarch customers with future plans to travel have lost their bookings.

Reasons for the airline’s collapse range from terrorism to increased short-haul flight competition. UK Transport Secretary Chris Grayling said the carrier was a victim of a “price war in the Med” while Monarch’s CEO Andrew Swaffield attributed the decline to terrorism in Egypt and Tunisia, as well as to the collapse of the Turkish market. An official spokesperson for British Prime Minister Theresa May meanwhile said she felt “hugely sorry” for those affected by a “very distressing situation”.

Monarch Flyer? What to do… 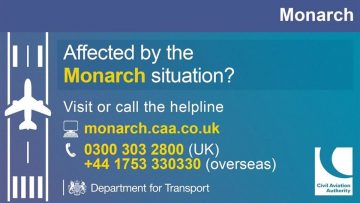 – UK-based customers set for travel should not go to the airport.

– Travelers abroad due to fly in the next weeks will be repatriated to the UK at no extra cost.

– Customers currently overseas should check monarch.caa.co.uk for confirmation of their new flight details set to be available 48 hours in advance of their initial departure time.

‘Navarino Challenge 2017’ Getting Ready to Offer Exciting Weekend of Sports