The founder of popular ride-hailing firm Beat (formerly Taxibeat), which was purchased earlier this year by Germany’s Daimler for 40 million euros, has launched an online campaign to stop the government from drafting a bill that would force e-platforms and apps offering taxi services in Greece as “intermediaries” to operate as transport companies.

Some 29,000 supporters have signed the online petition so far on change.org which starts off “Today: Beat Taxi App is Counting on You… Let the Beat Remain the Way We Love It”.

The bill drafted by Transport Minister Christos Spirtzis does away with past provisions that liberated the taxi market and allowed among others on-demand transportation services providers to recruit nonprofessional drivers or tourist agencies to lease private cars and drivers at will. 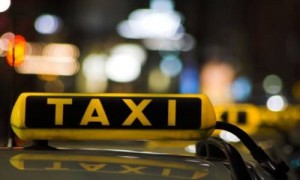 Insiders are saying the said bill is aimed at regulating the sector and impeding small startup firms or developers from entering the market. In effect the new law if put into effect would require e-platforms or app developers offering ride-hailing services to enter three-year contracts with taxi drivers and operate as public companies complete with licenses.

“The provisions of the new transport bill concerning the Beat (ie requiring it to convert from broker to transport company, entering three-year contracts with drivers-employees) are against innovation, entrepreneurship and job creation,” the company says in its petition statement.

Dradakis has said affected parties may consider appealing to Greece’s higher court as well as to competent EU institutions.