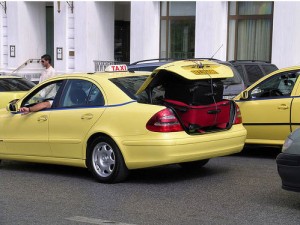 E-platforms and apps offering taxi services in Greece may be forced to shut down if the transport ministry drafts a law that foresees among others that “intermediaries” operate as transport companies.

According to a bill drafted by Transport Minister Christos Spirtzis and presented in Greek daily Ta Nea, e-platforms or app developers offering ride-hailing services will be required to enter three-year contracts with taxi drivers and operate as public companies.

The move, initially aimed at hindering Uber’s market presence, also impacts the dozens of taxi service providers collaborating with individual drivers. One such company, popular ride-hailing firm Beat (formerly Taxibeat), founded by Greeks and purchased earlier this year by Germany’s Daimler for 40 million euros, is bound to be affected.

In effect the bill does away with past provisions that liberated the taxi market and allowed among others tourist agencies to lease cars and drivers at will.

“It is a direct attack on the model we created… we fail to understand the problem it aims to solve,” said Taxibeat founder Nikos Dradakis, who added that affected parties may consider appealing to Greece’s higher court as well as to competent EU institutions.

Should taxi service providers operate without a licence issued by the transport ministry, they will be fined up to 100,000 euros and the driver will have his professional license revoked for two years. At the same time, vehicle owners “cooperating illegally with a mediating taxi service will be subject to an administrative fine of 5,000 euros per vehicle”.