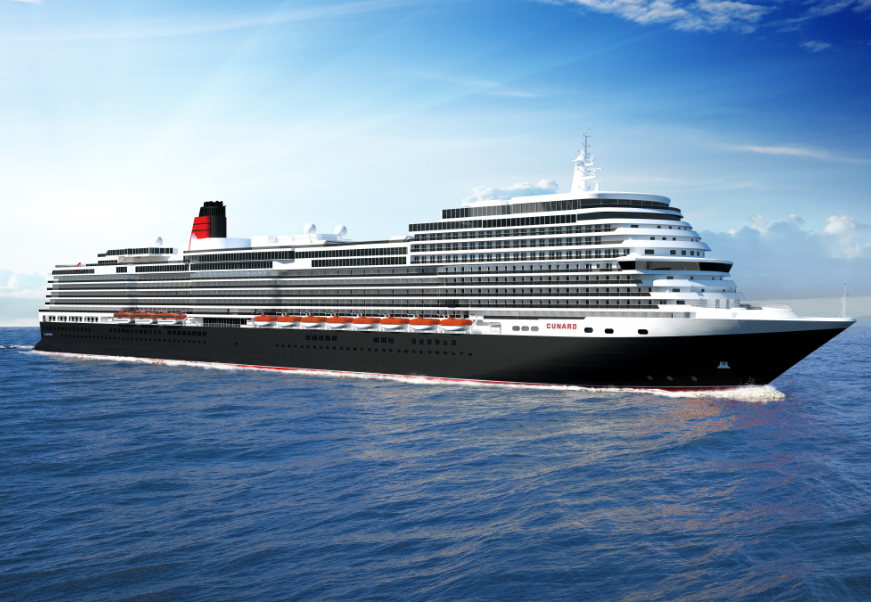 Luxury British cruise line Cunard has announced the addition of a new ship to its fleet, which will join Queen Mary 2, Queen Victoria and Queen Elizabeth as its fourth member.

Parent company Carnival Corporation & plc, one of the world’s largest cruise operators, has signed a memorandum of agreement with Fincantieri S.p.A. in Italy, to build a new ship which will join the Cunard fleet in 2022 and will carry 3,000 guests.

It will be the first time since 1998 that the luxury cruise brand will have four ships in simultaneous service.

“We have only recently marked the 50th anniversary of one of Cunard’s much loved ocean liners, the legendary QE2. What better way to celebrate her important role in Cunard’s past than by announcing our commitment to Cunard’s future with the commissioning of a new ship,” he added.

The iconic and unparalleled luxury cruise brand is going from strength to strength, having seen crowds of more than one million people gather in 2015 to celebrate the company’s 175th anniversary, the company said in an announcement.

Cunard has subsequently invested over 120 million pounds to refurbish the flagship Queen Mary 2 and Queen Victoria. The new ship will be the 249th to fly the Cunard flag.

Alongside an array of new itineraries, featuring new destinations and special event voyages for 2018 and 2019, Cunard has also continued to evolve the guest experience to meet the needs of the luxury consumer by introducing new bar and dining signatures, entertainment offerings and brand partners across the fleet.

Cunard will be revealing new details about the new ship during the course of 2018 and through to its launch.

The representative of Cunard Cruise Line in Greece is the Amphitrion Group of Companies.