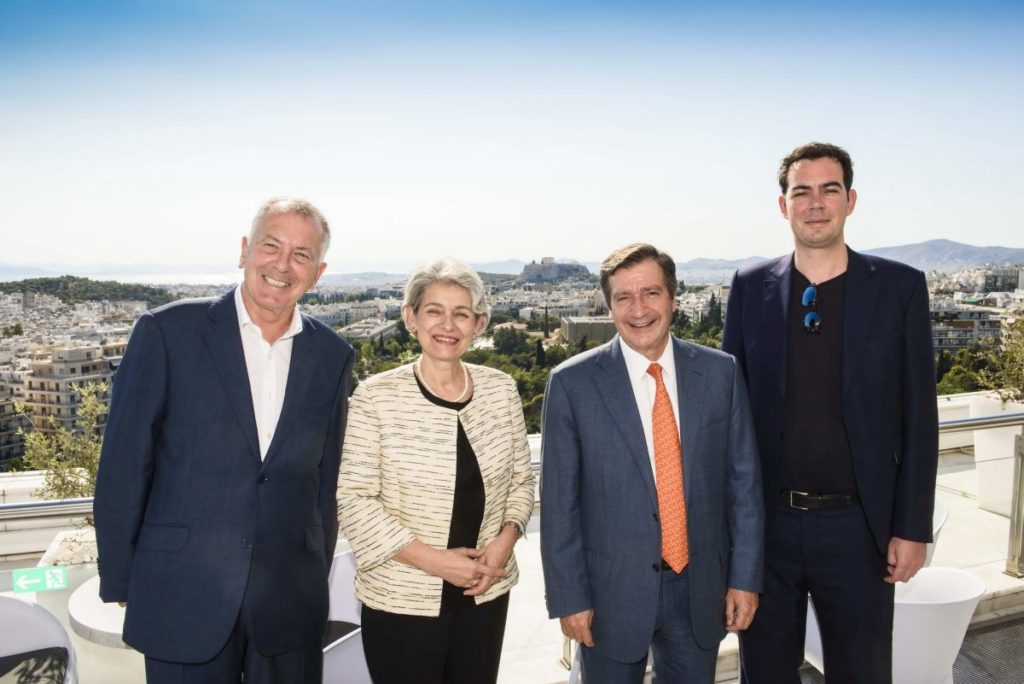 Culture and tourism as factors of sustainable development were discussed in Athens between United Nations Organization for Education, Science and Culture (UNESCO) Director General Irina Bokova and Athens Mayor Georgios Kaminis during a recent event held at the Hilton Athens.

The event was held on the occasion of the New York Times Athens Democracy Forum that took place in the Greek capital in mid-September. 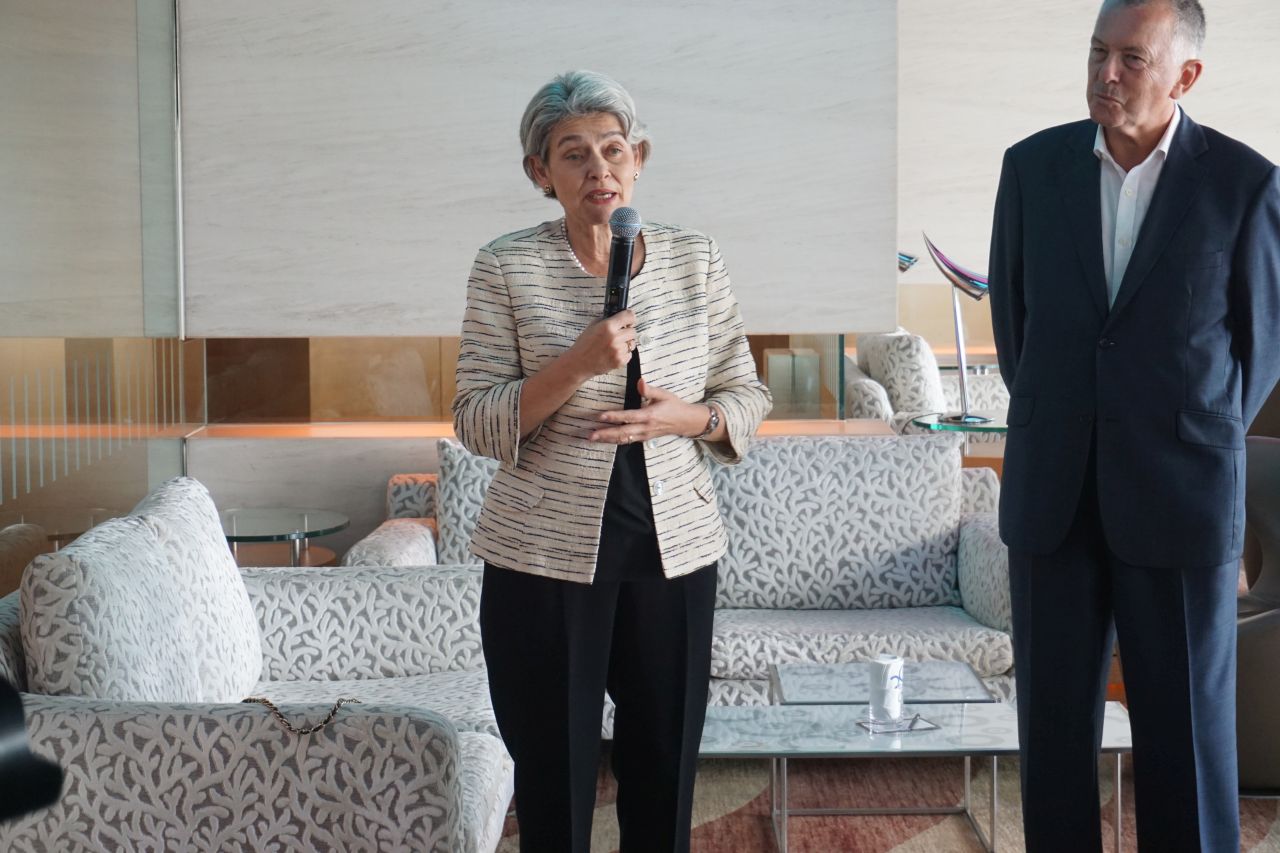 “I would like to congratulate the New York Times for putting within the context of the Athens Democracy Forum also issues that are linked to culture, to protection and to exchange because for us tourism is not just a technical issue,” Bokova said during her speech.

“Tourism really is about exchange, it’s about knowing the others and here in Athens, Greece, we could think about how important it is to have this journey,” she said.

According to Bokova, culture lies at the heart of urban renewal and innovation.

“I believe that culture is something that creates a space in an urban environment that is livable… A space where different cultures in diverse cities can talk to each other. A space that encourages art, street art and design. There are many ideas relevant to culture in urban development,” Bokova told GTP Headlines, underlining that Athens is an example that embodies all of this at the same time.

“It has the old Acropolis, it has the culture, it has the sea, it has the modernity, it has the spaces like museums… And I think for Athens equally, this concept is very important. I think art and culture can also bring alot of social inclusion and even alot of jobs. It has a multiplying effect on urban development.” 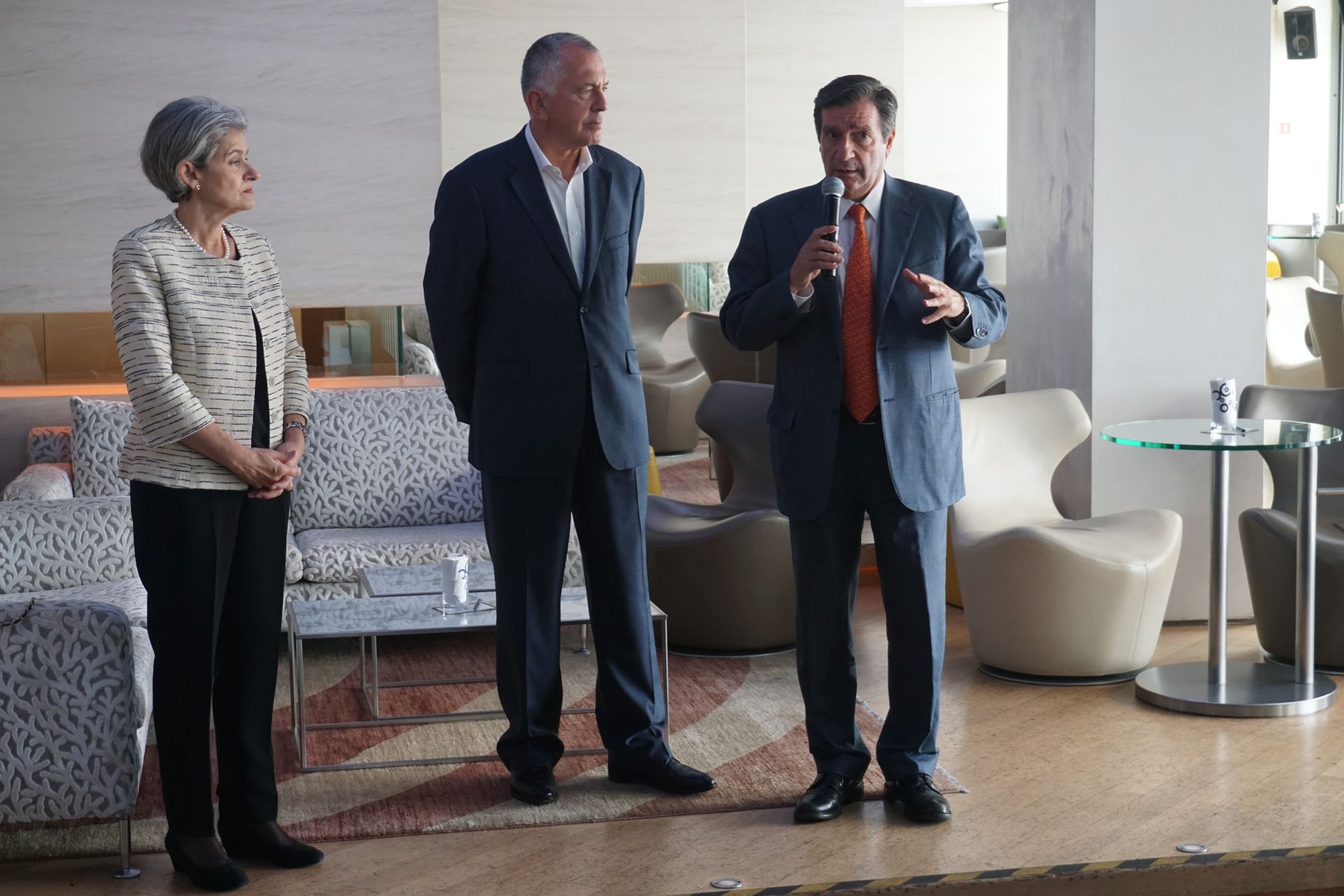 On his part, Mayor Kaminis presented the Athens Culture Net portal, a donation from the Stavros Niarchos Foundation.

“For the first time the municipality realized that it must go beyond the stereotype of Athens – the ancient tradition, the Parthenon. It is very important for us as it is our heritage, but we must go beyond and that is why we are promoting modern Athens, as a modern vibrant city that offers so many things to experience as a contemporary art stage and that is why we created the Athens Culture Net,” he said.

The Athens Culture Net is the network of culture of the City of Athens, which establishes an active cultural and arts framework for the people living in the city, the visitors, the artists and the institutions.

“We have more than 50 cultural foundations in our network now. We have a common platform where we exchange experience and coordinate things. This is the first time something like this has happened in the city… The main idea is to promote modern Athens, to go beyond the stereotype,” he said.

Meanwhile, Athens is getting ready for its role as UNESCO World Book Capital 2018.

“We work on many issues next year as Athens will be UNESCO’s World Book Capital and this came after a very competitive bidding process between many cities… and Athens won,” Bokova told GTP Headlines.

“Next year we have decided with the mayor that we will start working jointly to see how we can use this wonderful opportunity for the City of Athens… Being the World Book Capital means that there will be many international events during this time,” she said.

The Greek capital is in fact evolving into a contemporary art and culture destination. In April, Athens hosted documenta 14, a leading contemporary art show based in Germany. This was the first time in six decades that documenta 14 took place in a city other than Kassel. Athens was selected due to its rich cultural heritage and its long history, being also at the epicenter of global concerns in politics and the economy.

In regards to Athens tourism, this year is turning into an all-time record year with more than five million visitors, according to Mayor Kaminis.

“This year is a record… We have never experienced five million tourists staying in Athens and that is something that we must keep in mind and must built on,” he said.