A concert under the theme, “China Meets Greece”, featuring musicians from Greece, China and Spain will be held on Tuesday, September 26, at the Athens Concert Hall. 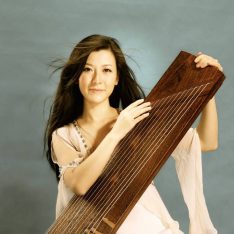 The “China Meets Greece” concert is an initiative of Meet Culture, an organization aiming to enhance cultural exchange between Greece and China. It also marks the beginning of the “2017 Meet Greece Music Journey”, an annual project which started in 2015, aiming to deepen the mutual understanding between Greece and China through art, the organizers said in an announcement.

On September 26, guzheng virtuoso Chang Jing and flute player Zhang Di will meet on stage with Greek ancient lyre band “Lyre n’ Rhapsody” and Spanish composer and lyre player Luis Paniagua. The concert is taking place under the auspices of the Greek Ministry of Culture and Sports and is co-organized by Post Scriptum and Meet Culture.

Within the framework of the “2017 Meet Greece Music Journey” and with the support of the Consulate General of Greece in Shanghai, the Municipality of Zakynthos and the Euroterra Capital, the Chinese musicians and travel blogger Miao Bin, apart from Athens, will also travel to the islands of Santorini, Lefkada and Zakynthos.

During their journey they will have the opportunity to attend various cultural events, including an ancient Greek lyre workshop by Greek music instrument maker Nikolaos Bras; the “Hermes” project of the University of Athens; a seminar at the Museum of School Life and Education; a Greek wine tasting seminar at the Boutari Winery on Santorini; cultural events and  concerts on Zakynthos and Lefkada.

The Greek Travel Pages (GTP) is a Media Sponsor of the “2017 Meet Greece Music Journey”.