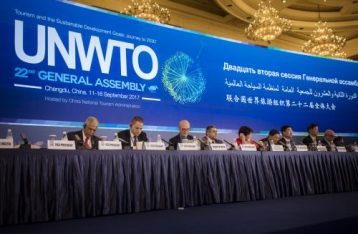 The member States of the World Tourism Organization (UNWTO) approved on Friday a historical document — the UNWTO Framework Convention on Tourism Ethics. The convention, approved at the 22nd UNWTO General Assembly in Chengdu, China, transforms the Code of Ethics for Tourism, UNWTO’s main policy document, into an international convention, the first in the life of the organization.

According to the UNWTO, the convention covers the responsibilities of all stakeholders in the development of sustainable tourism, providing a framework that recommends an ethical and sustainable modus operandi, including the right to tourism, the freedom of movement for tourists and the rights of employees and professionals.

“In an interconnected world where the business volume of tourism equals or even surpasses that of oil exports, ‎food products or automobiles, it is important to set out a legal framework to ensure that growth is dealt with responsibly and that it can be sustained over time. Tourism is a power that must be harnessed for the benefit of all,” said the Chairman of the World Committee on Tourism Ethics (WCTE), Pascal Lamy. 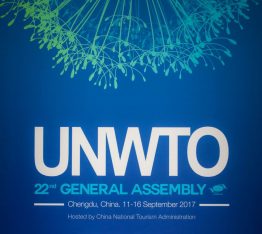 Appointed as Chairman of the WTCE in 2013, Lamy, together with his colleagues in the committee, has been instrumental in the process of presenting the Convention on Tourism Ethics to the 22nd UNWTO General Assembly.

The conversion of the code, which was adopted in 1999, into a proper convention represents a significant step towards ensuring that tourism development is done with full respect for sustainable development, social issues, local community development, improves understanding between cultures and addresses labour issues.

“This is a historical moment for UNWTO,” said UNWTO Secretary General, Taleb Rifai, underlining that the approval of the convention is a strong legacy of the International Year of Sustainable Tourism for Development that we celebrate this year.

“It is also a strong sign that countries are committed to make tourism a force for a better future for all. It reinforces UNWTO institutional outreach in the UN system,” he added.

In 2015, the World Committee on Tourism Ethics submitted to the General Assembly of the UNWTO a proposal to convert the Global Code of Ethics for Tourism, UNWTO’s main policy document, into an international convention in order to reinforce its effectiveness.

Central Macedonia Highlights its Best in ‘Just 60 Minutes Away’ Campaign