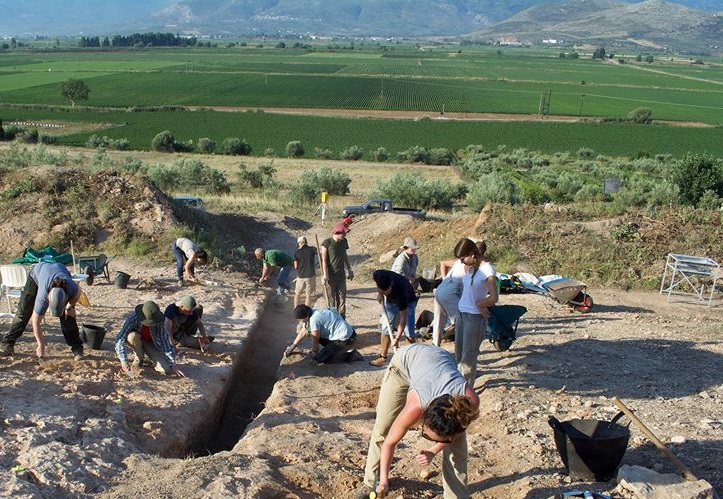 The ninth largest chamber tomb out of some 4,000 unearthed in the last 150 years dating back to the Mycenaean era (late Bronze Age c. 1600-1100 BC) has been uncovered in the area of Orchomenos, Central Greece, the culture ministry announced on Monday.

Considered to be one of the largest carved tombs unearthed in Greece thus far, the find dates back to the mid-14th century BC, and was jointly discovered at the Prosilio site by the Antiquities Ephorate of Viotia and the British School at Athens (BSA)/Cambridge University as part of a five-year project.

The chamber tomb measures 42m2 with its death chamber retaining its four walls. Archaeologists also discovered the remains of a middle-aged man, as well other personal items including bow parts, arrows, pins, jewelry, combs, a seal and a seal ring.

The archaeology team said the Prosilio tomb, believed to be linked to the nearby partially excavated Mycenaean palace, is an exceptional find as it provides insight into burial practices of the period.

Mycenaean chamber tombs were cut from rock and include the chamber, the stomion and the dromos. In many cases there are additional niches and side chambers where other burials took place.