Fraport: Passenger Traffic Up 8.3% in 14 Greek Airports in August 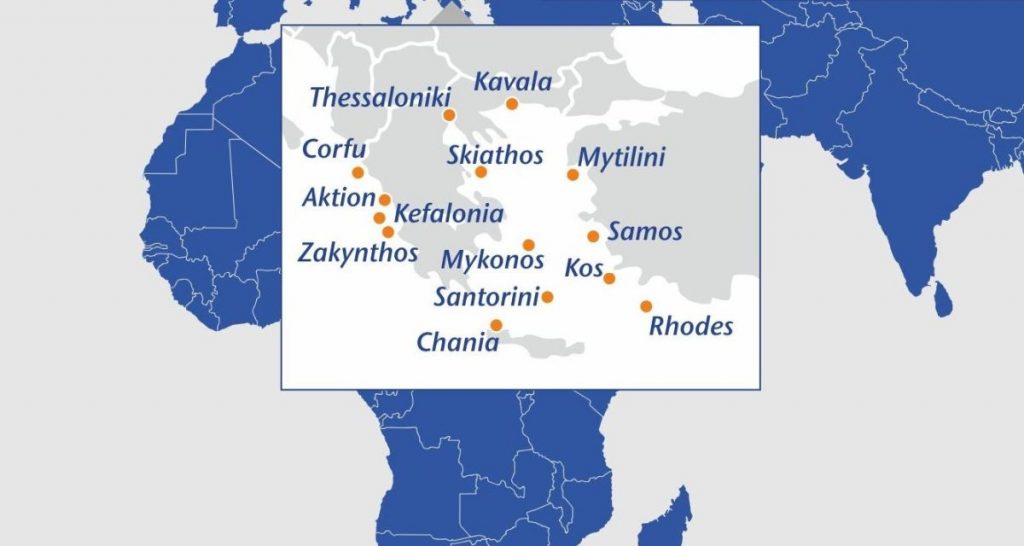 The consortium of Fraport and Slentel (a unit of Greek energy Copelouzos Group) inked a 40-year contract in December 2015 with the Greek state to manage the airports at 14 regions across Greece that include three mainland gateways (Thessaloniki, Aktion, and Kavala) and 11 airports on Greek islands (Chania on Crete, Kefalonia, Kos, Mykonos, Lesvos, Rhodes, Samos, Santorini, Skiathos and Zakynthos).