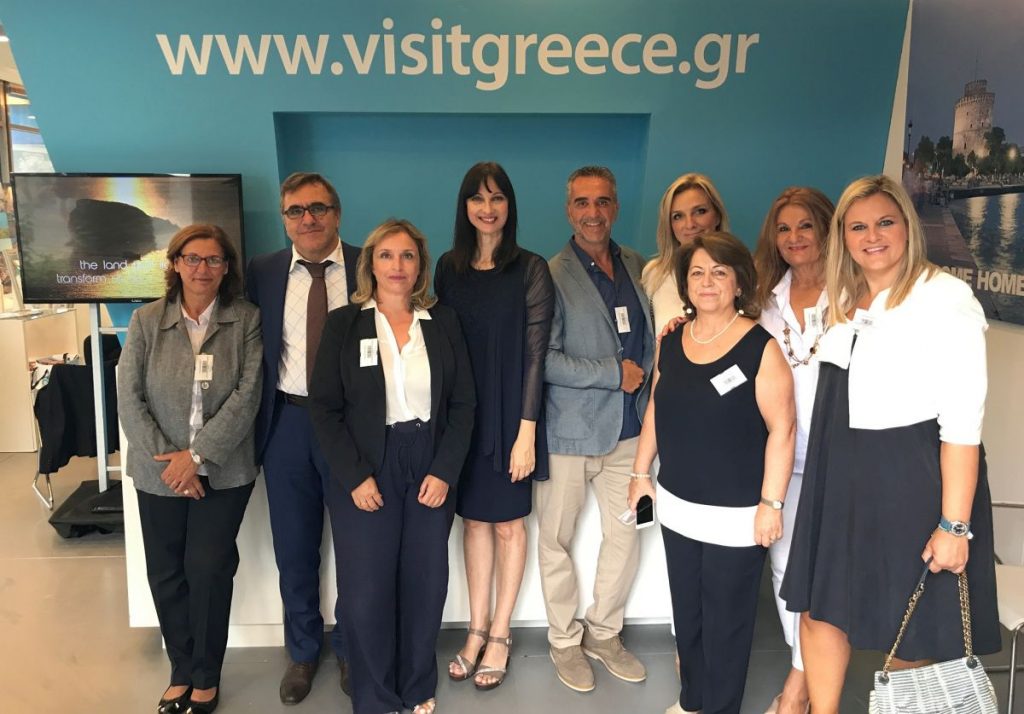 Greek Tourism Minister Elena Kountoura on Sunday presented Greece as a world-renowned 365-day destination to leaders and representatives of twenty national agencies from countries including China, Russia and the Balkans, which represent an audience of some 2.5 billion.

While speaking at an international forum on Greek-Chinese cooperation, held on the sidelines of the 82nd Thessaloniki International Fair, Kountoura developed the new opportunities that Greece offers as a destination for tourism all year round but also for beneficial investments in the dynamically growing tourism sector. Organized by the Athens News Agency, the forum focused on the New Silk Road.

Greek tourism is giving a dynamic showing at the 82nd TIF, currently running in Thessaloniki, through a 150 square meter stand of the Tourism Ministry and the Greek Tourism National Organization. The stand is hosting representatives from all of Greece’s 13 regions.

“This year’s presence with a stand at the TIF was judged necessary by Tourism Minister Elena Kountoura, given the high profile and international participation in the exhibition, as well as the presence of a large delegation from China, this year’s Honored Country and one of the most dynamic target markets to attract visitors from,” the Tourism Ministry said in an announcement.

The participation of Greece’s 13 regions in the stand is part of the national regional tourism policy designed and implemented by the Tourism Ministry in cooperation with the regions for the unified promotion of the country’s tourism identity.

Minister Kountoura visited the GNTO stand where she had a series of meetings with representatives of the Greek regions, professional bodies and associations, tour operators and members of the Chinese delegation.