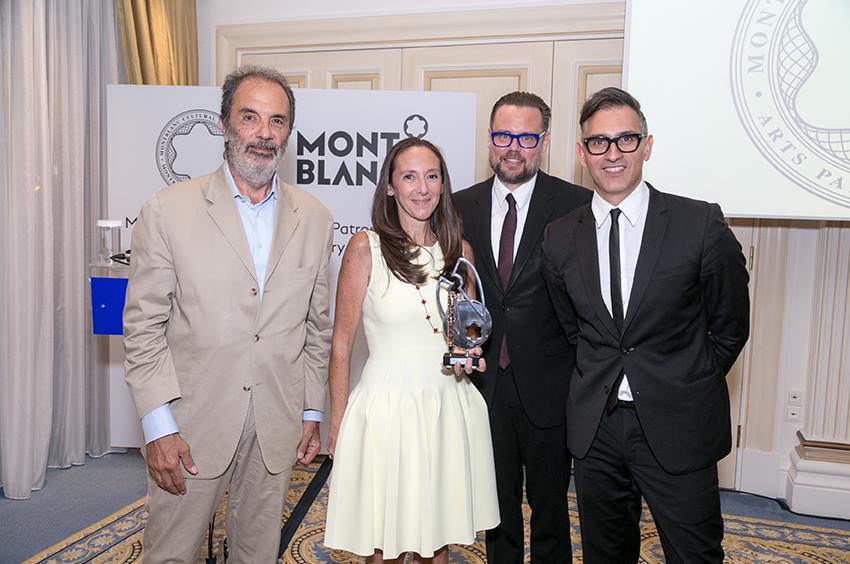 The Basil and Elise Goulandris Foundation known for its patronage of the arts and sciences in Greece received the prestigious 2017 Montblanc de la Culture Arts Patronage Award in a special ceremony in Athens this week.

The prize awarded for extraordinary commitment to the arts and for the support of the work of young and emerging artists has gone to Greece twice, last year bestowed to the B&M Theocharakis Foundation.

“The spirit and will of our founders have always been our priority and I am certain that they would be equally delighted with us for today’s honor. The vision of Elise and Basil Goulandris for a museum in Athens that will host the permanent collection of their artworks and extend the Foundation’s activities to the capital is well known. Therefore, it is with great joy and satisfaction that the new building of the Museum of Contemporary Art of our Foundation in Pagrati will soon be completed,” said the foundation’s president Fleurette Karadonti-Katsiki upon receiving the award, which includes 15,000 euros.

Every year, the Montblanc Foundation assembles an international jury of art influencers and experts to evaluate the nominees. To date, over 4 million euros have been awarded and nearly 250 projects supported as a result of the Montblanc de la Culture Arts Patronage Award. Past honourees include the Prince of Wales, British maestro Simon Rattle, Italian architect Renzo Piano and Yoko Ono. 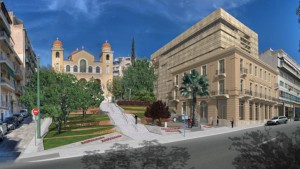 An impression of the Goulandris Museum of Contemporary Art in Pagrati, Athens.

Set to open its doors to the public next year, the museum is budgeted at 20,000,000 euros and will be housed in a restored early 20th-century mansion on central Eratosthenous St near the landmark Panathenian Marble Stadium in Pagrati, Athens.

Designed by I & A Vikelas architects, it will include five floors of exhibits, an art store, library, children’s workshop, 190-seat auditorium, maintenance workshop spaces, a garden, and a rooftop cafe with a view to the Acropolis.

Mitsis Hotels Creates Blood Bank in Memory of its Founder