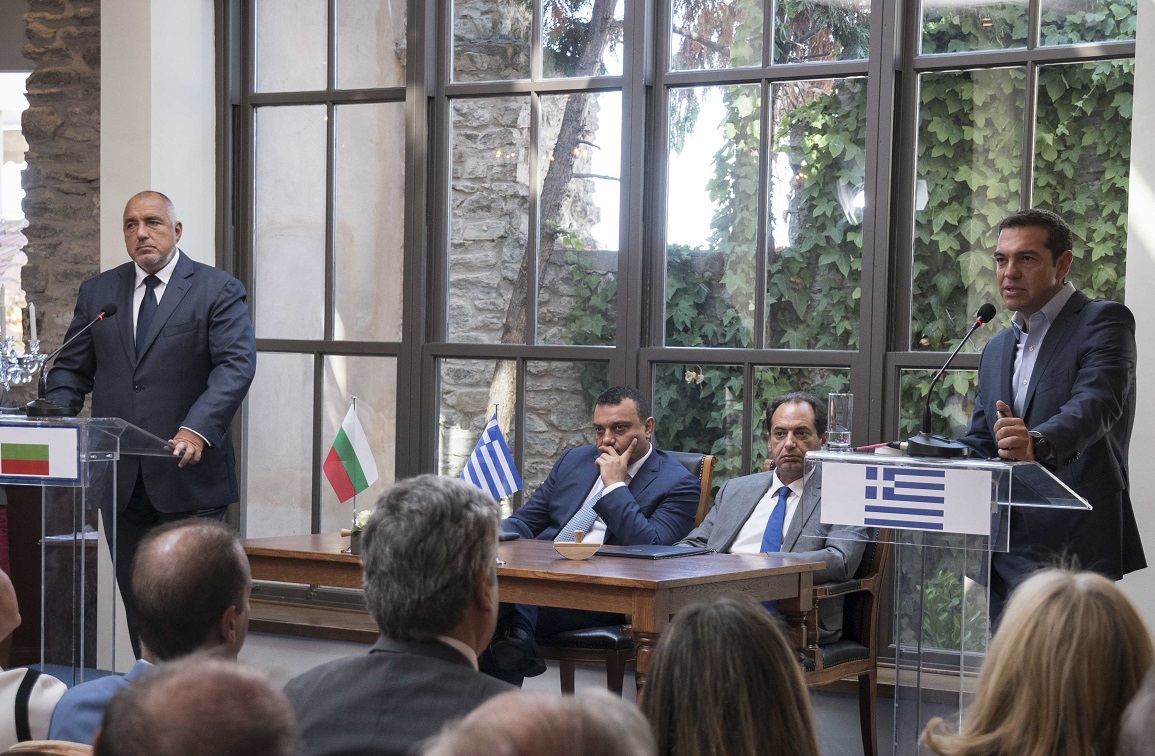 The railway line to link Greece with neighboring Bulgaria is of “historic, economic, commercial and geopolitical significance” Prime Minister Alexis Tsipras said after signing a memorandum of understanding with his Bulgarian counterpart Boyko Borisov in Kavala, northern Greece, on Wednesday.

The railway – a double electrified line fitted with an integrated rail traffic management system (ERTMS) – will run from Thessaloniki, Kavala and Alexandroupolis in Greece to Burgas, Varna and Ruse in Bulgaria and foresees linking the Danube, the Black Sea and the Aegean Sea and their ports, which will also be further developed as part of the project.

“We are opening new trade routes and extending the trans-European transport network linking the Aegean to the Danube and the Black Sea,” said Tsipras, adding that the pact foresees “linking via rail three major ports of Northern Greece, the ports of Alexandroupolis, Kavala and Thessaloniki with three major cities in Bulgaria: Ruse and Varna and Burgas”.

The agreement lays out the framework of cooperation as well as the details with regard to the joint management of the rail connection.

The Greek prime minister described the project as a “big step” that will pave the way for Balkan countries to transform into an area of economic prosperity under secure conditions.