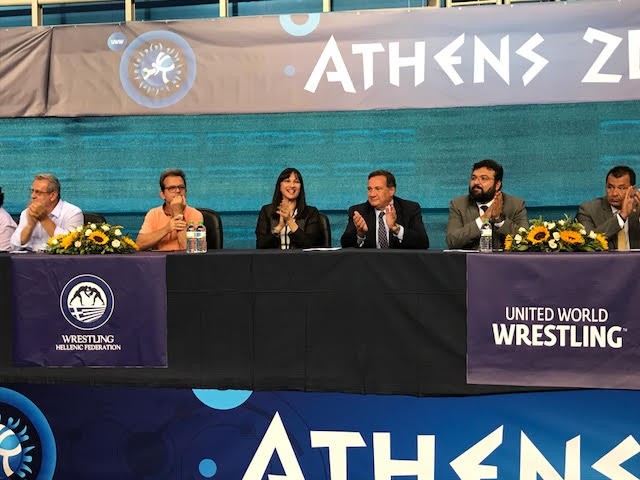 “Sports, like tourism, unites people and nations,” Minister Kountoura said during her speech at the official opening of the 2017 World Cadet Wrestling Championship at the Olympic Center of Wrestling in Nea Liossia.

Greece is the host country for the this year’s World Cadet Wrestling Championship and the Greek Tourism Ministry and the Greek National Tourism Organization (GNTO) are supporting the organization of the significant event.

This year’s World Cadet Wrestling Championship kicked off in Greece on Monday and will run until September 10.

“The ministry and the GNTO support the hosting of world sports events and their promotion in Greece,” the tourism minister said.

Minister Kountoura mentioned that the development of sports tourism in Greece is a priority for the ministry and is implemented through the national tourism policy and the excellent cooperation with the Culture and Sports Ministry and the General Secretariat of Sports.

She then congratulated the president of the Hellenic Wrestling Federation, Dimitris Trambakoulas, for succeeding to bring the event to Greece and wished the best of luck to all athletes.

The opening ceremony of the 2017 World Cadet Wrestling Championship included the screening of a GNTO video promoting Greece as a destination for all four seasons.