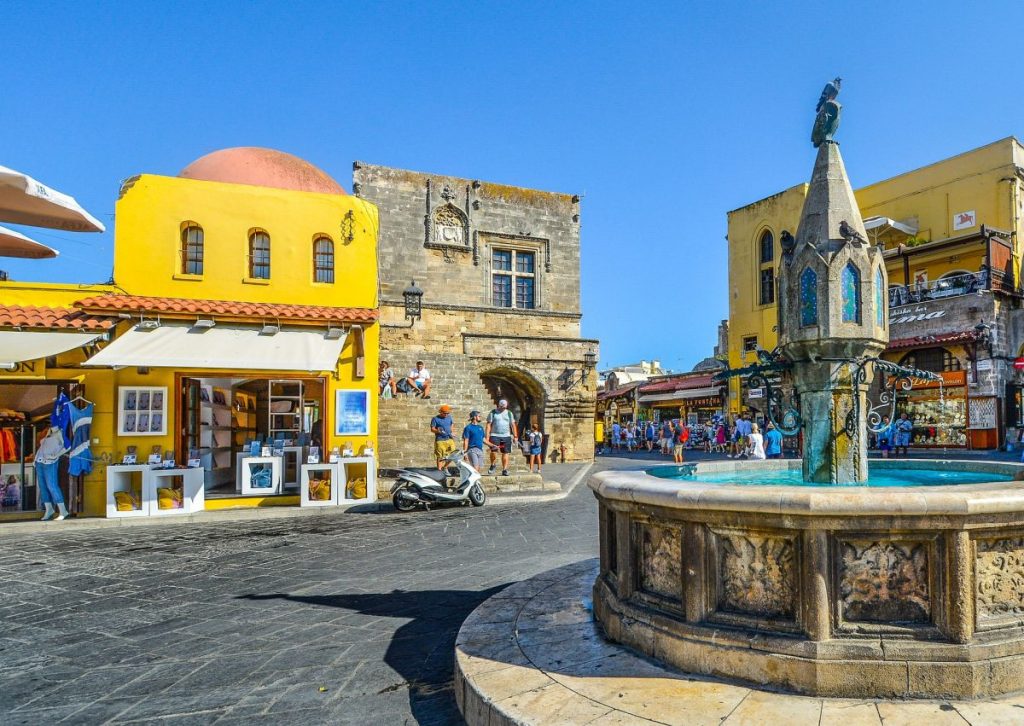 A number of journalists representing major media outlets of France, the UK, Germany, Austria, Belgium, Poland, Mexico and the United States, visited Greece between January and June 2017 to discover the South Aegean islands. The journalists came to Greece through press trips organized in accordance to the region’s promotional plan.

One feature on the island of Rhodes, released by the German News Agency dpa International was republished by more than 200 printed media and online media outlets in Germany and Austria, including Focus.de, Bild.de, Spiegel.de, T-Online.de and Berliner-Zeitung.de. The article presented the stories of four local artists and designers and attracted the interest of more than 800 million readers, while its advertising value exceeded 1.5 million euros, the South Aegean Region said in announcement.

Rhodes also “starred” in the reports of journalists Martin Leggat from the UK, Natascha Marakovits from Austria and Marion Buiatti from France who were on the island to attend the 4th International Rhodes Marathon in April. Furthermore, the regional newspaper, Mittelbayerische Zeitung in Bavaria, published a feature on the best places on Rhodes’ suitable for kite surfing.

In April 2017, the LIVID Magazine team, based in New York, traveled to Rhodes and produced three fashion editorials, which were published in the magazine’s summer edition.

Many other islands were also in the foreign press during the first six months of the year.

Conde Nast Traveller UK published an extensive feature on Milos focusing on its history, culture, beaches, hospitality and gastronomy, while a number of Russian journalists visited Kos, representing the Top Beauty magazine, the Moya Planeta TV channel, the Izvestia newspaper and the the RIA-Novosti agency.

Wyborcza.pl, a leading Polish website, reported on the carnival events and customs of Naxos and focused on the island’s natural beauties and local cuisine.

Furthermore, the French website LePetit Futé placed Patmos among the ideal destinations to visit at the start of Greece’s tourism season and journalists from the Hollywood Reporter TV show traveled from the United States to Mykonos, Koufonisia, Antiparos and Hydra and highlighted the islands as the favorite destinations of international celebrities. 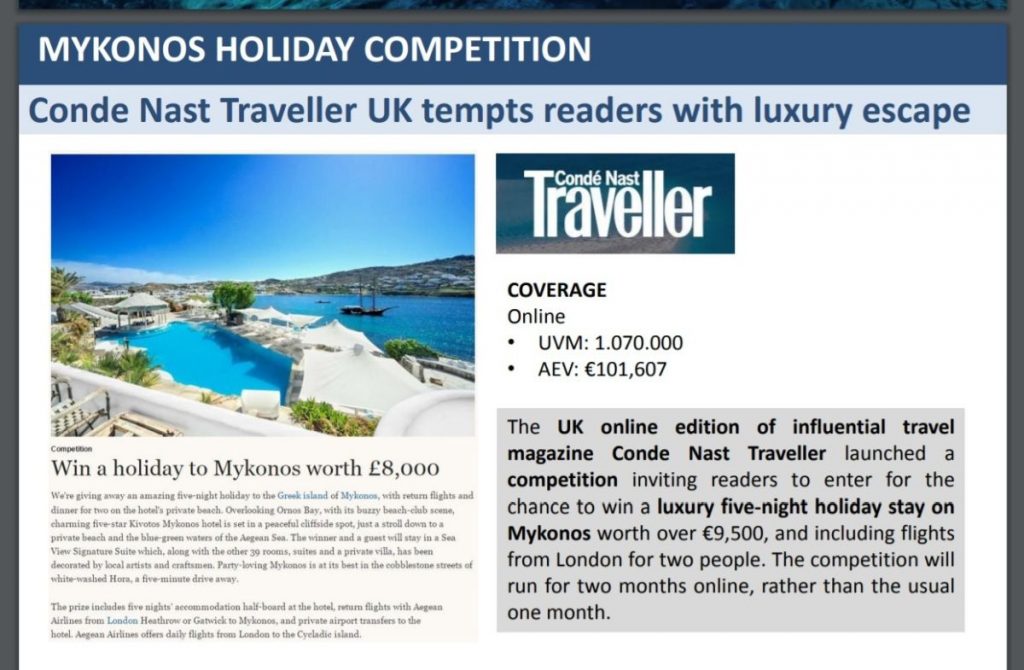 Meanwhile, the Mexican TV show Destinos del Mundo recently ran an episode on Mykonos and has announced that a feature on Rhodes and Symi will be broadcast in March 2018.

The German News Agency dpa International ran a feature on Astypalea, which was then republished by the German and Austrian press, reaching more than 600 million readers.

In addition, the South Aegean Region said that a number of  foreign bloggers traveled to Santorini, Tinos, Paros, Antiparos and Karpathos and posted images, moments, local habits on their social media accounts reaching millions of followers.

The press trips to Greece were organized by Marketing Greece, as part of a three-year plan of the South Aegean Region to promote the islands, in collaboration with the regional office of the Greek Tourism Confederation (SETE) and the support of Aegean Airlines.