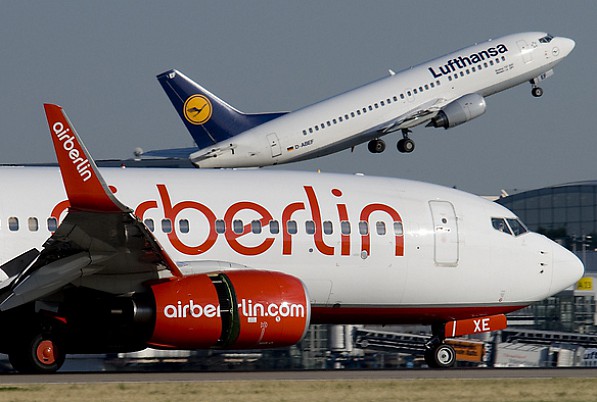 Germany’s leading carrier Lufthansa has received more support from the German government in its bid to take over assets of insolvent airline Air Berlin, media reports said on Monday.

“Lufthansa is already an aviation champion – its position can be strengthened further though,” German Economy Minister Brigitte Zypries told the Handelsblatt daily newspaper.

On August 15 Air Berlin filed insolvency after its main shareholder Etihad withdrew financial support. The company said flights would continue after the German government stepped in providing a bridge loan of 150 million euros.

According to a Reuters report, Lufthansa cannot buy all of Air Berlin as it would give the airline a dominant position in Germany. Other airlines interested in assets of Air Berlin include EasyJet, Thomas Cook’s Condor and tour operator TUI.

Air Berlin Chief Executive Thomas Winkelmann told the press that the airline is in talks with more than ten parties. However, according to Winkelmann, Air Berlin’s assets would likely be divided up among two or three buyers. He added that he hoped for a solution in September.

Meanwhile, Ryanair has claimed to the European Commission that the German government and Lufthansa were conspiring, as well as excluding competitors and ignoring anti-trust and state aid rules.

Referring to a “manufactured insolvency”, the Irish airline said that the German government is supporting “this Lufthansa-led monopoly” with 150 million euros of state aid so that Lufthansa could acquire a debt-free Air Berlin and drive domestic air fares in Germany higher.