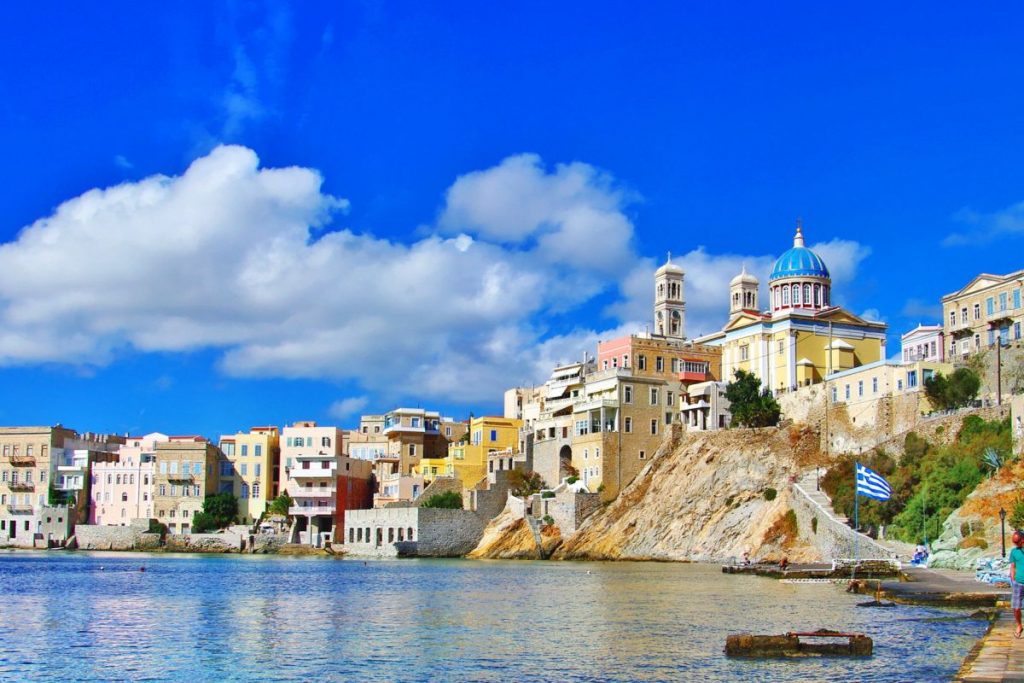 The government has moved one step closer to attracting foreign film productions to Greece after passing a bill in parliament recently that harmonizes the country’s legislative framework for film production with the relevant EU legislation, paving the way for a 6.5-million-euro investment to establish a Hollywood studio and film school on the island of Syros.

“We feel justified with regard the initiative we took a year ago. For the first time in Greece, a legal framework will be created that will bring in investment in the area of audiovisual production,” said Cyclades Deputy Regional Governor Georgios Leontaritis.

“We were the first to submit a proposal made by prominent Hollywood directors and producers, prompting the start of necessary procedures for the said bill to be voted on in parliament.”

Leontaritis had presented the proposal for the establishment of a permanent film studio on the Cycladic island to be headed by Cannes Golden Lion winner Steven Bernstein and his team late last year underlining the financial and promotional benefits for the island and its residents as well as for the Cyclades and the South Aegean.

“The aim is for mainly Greeks to attend the school thus creating the local dynamic for international productions and not requiring directors to bring 300 or 400 people from abroad,” Pierre Economacos, the man behind the film school idea, told Greek daily Kathimerini.

According to insiders, the first classes are set to start at the end of September.

At the same time, while visiting Syros this week, US Ambassador to Greece Geoffrey Pyatt underlined the island’s potential as a filming and holiday location via his twitter account: “#Syros is beautiful. Great interest here in developing opportunities for Hollywood films leveraging new media law.” 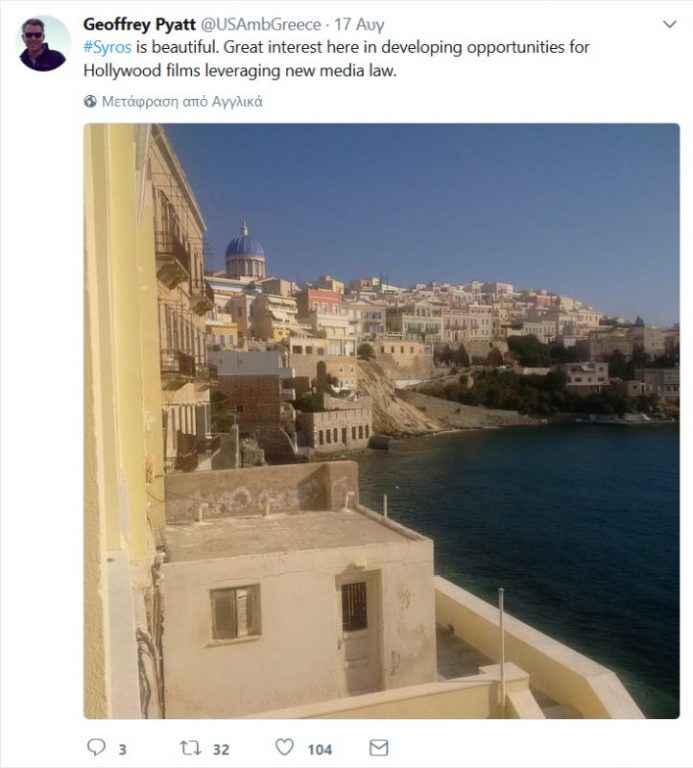 In the same direction, the Hellenic Film Commission launched the “Locate Your Photo” campaign last month aiming to promote Greece as a “film-friendly” location and attract international audiovisual productions to the country.