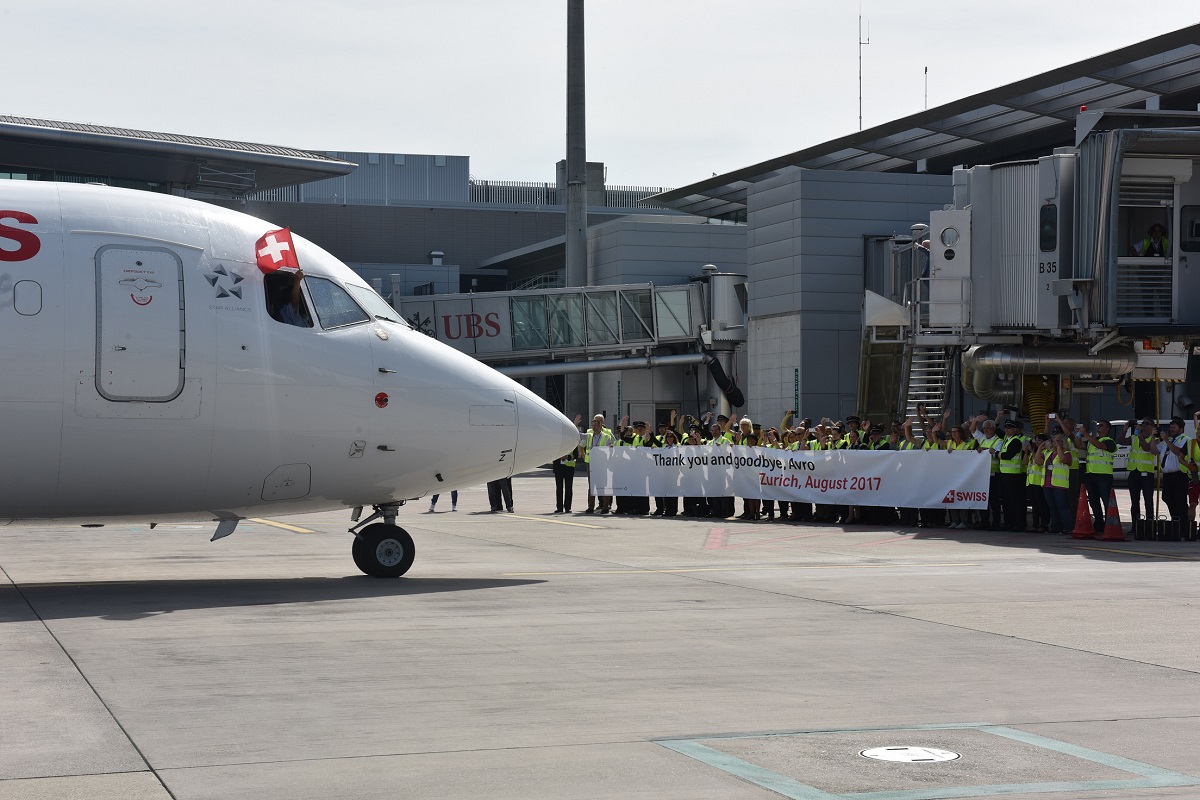 Within the framework of its aircraft renewal, Swiss International Air Lines (SWISS) recently removed the last Avro RJ100 from flight operations after over 15 years as part of its fleet.

The last of a total of 21 aircraft took off from Geneva on August 15 and made its last official landing at Zurich airport, where it received the traditional water fountain salute by the airport fire brigade and a loud applause from a crowd of employees and aviation fans. This special flight carried a mix of media professionals, staff and other guests.

“The taking out of service of the Avro aircraft marks the end of an era in the history of aviation in Switzerland,” said Captain Michael Weisser, Avro fleet chief, who performed the flight from Geneva to Zurich. 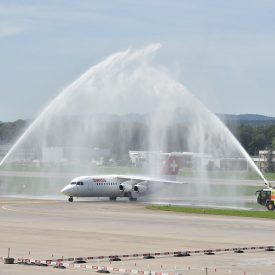 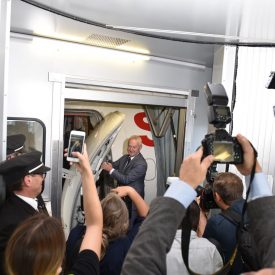 SWISS continues to push ahead with an extensive program of fleet modernization, which commenced in early 2016. By the end of next year, 20 Bombardier C Series aircraft will join the existing fleet of ten, currently deployed on our short and medium-haul routes, the company said in an announcement.

On the long-haul routes, two additional Boeing 777-300ERs will replace part of the Airbus A340 fleet by spring 2018. “SWISS will have one of the youngest fleets in Europe by the end of 2018”, the company said.

The Avro RJ100 and its smaller version, the Avro RJ85, formed the backbone of the SWISS European fleet since 2002. The Avro fleet has completed over 700,000 hours in the air and during that time SWISS has made over half a million flights. With their record for excellent maintenance quality, these former SWISS aircraft remain in high demand despite their age and will go into service with other airlines.