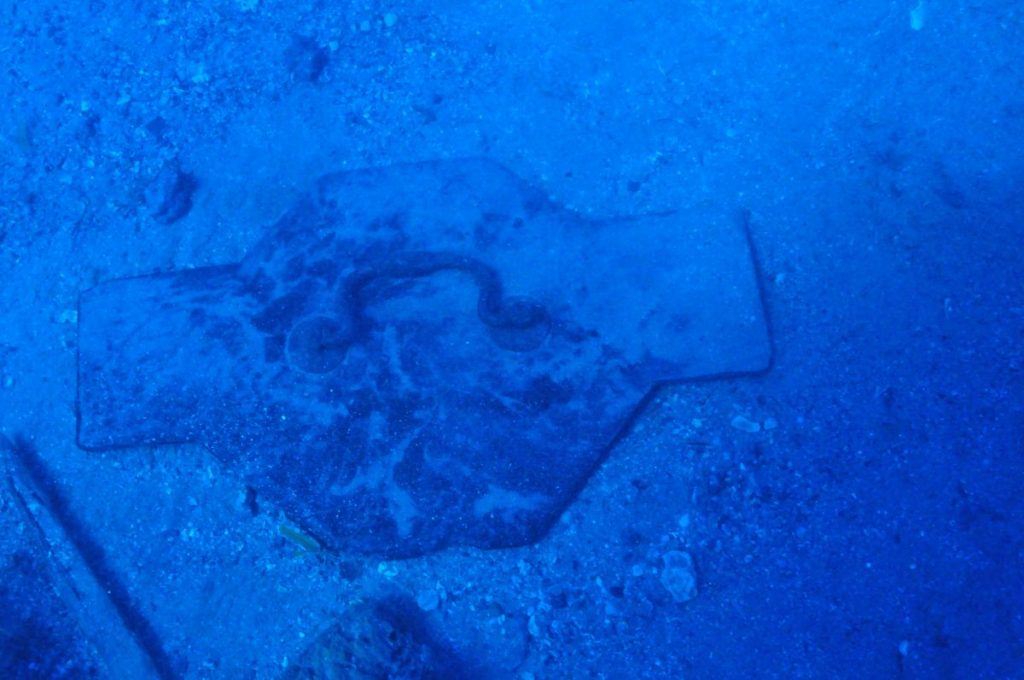 A drawer from a piece of wooden furniture that was on the “Mentor”.

Ancient treasures including chess pieces, tobacco pipes, vials, and even a toothbrush were uncovered by marine archaeologists at underwater excavations of the legendary shipwreck, the Mentor, at Kythira.

The research work was conducted by the Greek Ephorate of Underwater Antiquities on July 8-27 at the Mentor, which went down off the harbor of Avlemonas at a depth of 20m in 1802. The Mentor was the ship on board which Britain’s Lord Elgin smuggled the stolen Parthenon Marbles as well as fragments of other Greek monuments. In efforts to salvage the precious finds, Elgin called on Kalymnos sponge-divers to haul up whatever they could after the wreck.

The fifth year of excavations has brought to light other finds including personal belongings of passengers and crew, coins, musical instrument decorations and two metal buttons depicting an anchor – part of a sailor’s uniform.

Excavations were carried out with the support of the Kythira Municipality, the Kythirian Research Group, Ilios Shipping Co and the Argo NGO.