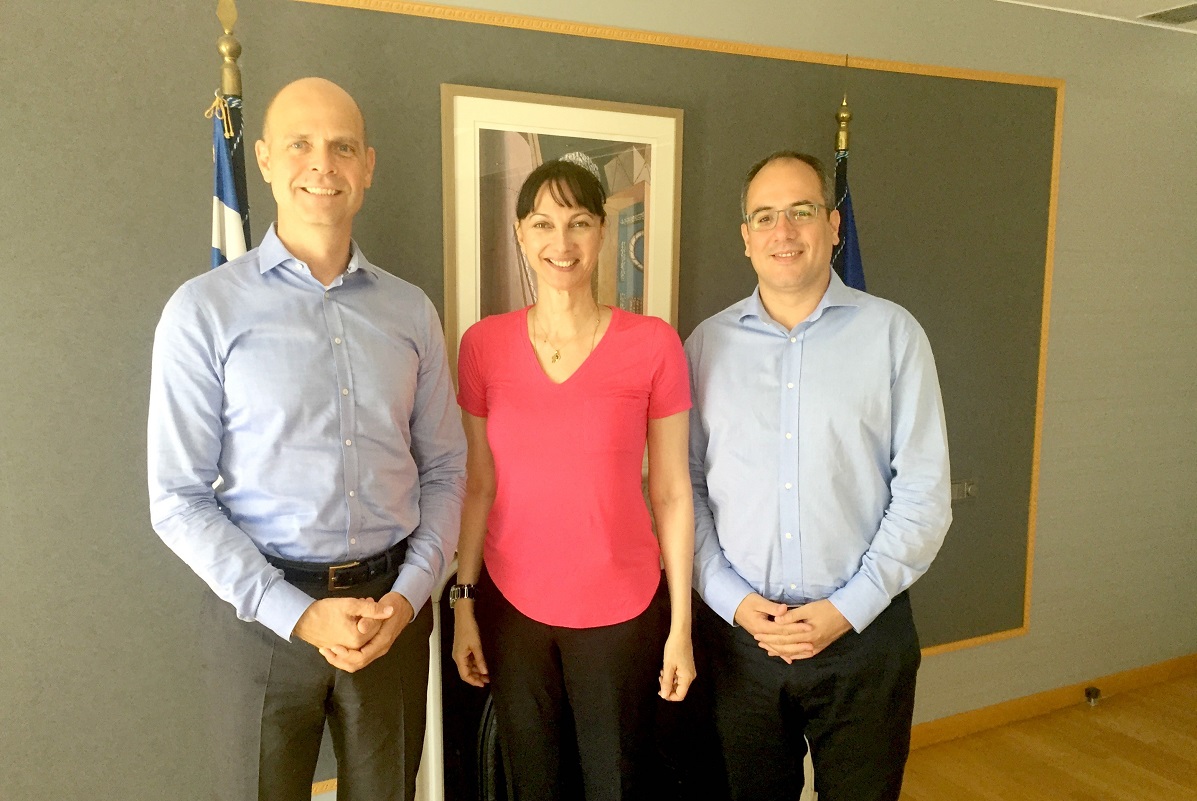 Connecting Greece with new markets was at the center of talks between Tourism Minister Elena Kountoura and Fraport’s CEO Alexander Zinell this week.

Zinell together with Fraport executive director of Commercial & Business Development, George Vilos, met with Kountoura and discussed among others the company’s upgrade projects for the 14 airports it runs across Greece, as well as the ministry’s plans for the promotion of new destinations.

Zinell said the planned revamp works were on schedule and would be completed at all 14 airports ahead of the next tourism season with no disruptions in the meantime.

Fraport Greece executives also informed the minister that the 14 airports under their management handled over 9,000 additional flights between January and July (compared to the same period in 2016) and welcomed an additional 1 million passengers against the first half of 2016.

Fraport Greece took over the 40-year management of the 14 airports in April this year in one of the country’s largest privatization operations.

Besides discussing the improved performance of Greek tourism this year, which Kountoura said was in part due to new agreements with international tour operators and airlines, she also underlined the need to boost air connectivity with new markets in efforts to ensure the balanced distribution of tourist flows to lesser-known destinations and that communities across Greece benefit from the growth.