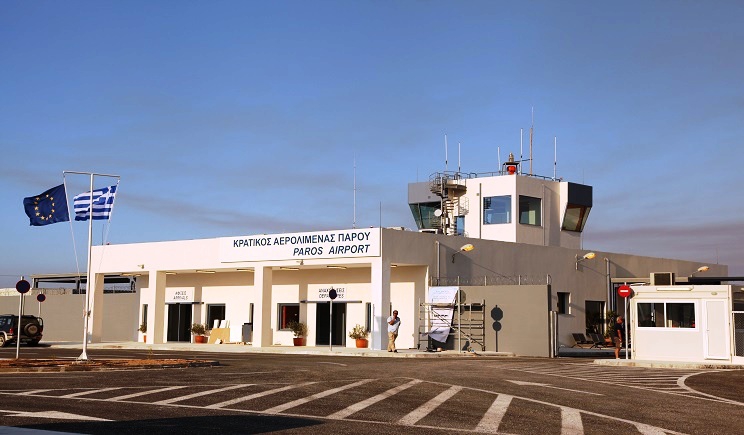 The airport of Paros recorded the highest percentage increase in passenger traffic in the first seven months of the year, according to figures released by the Hellenic Civil Aviation Authority on Thursday.

The airports of Naxos and Nea Agchialos followed with passenger traffic growth January-July reaching 42 percent (28,925 passengers passed through the airport, compared with 20,363 in the corresponding year) and 34.8 percent (17,271 passengers, compared to 12,817 passengers in 2016) respectively.

Moreover, more than 31 million passengers, up by 9.8 percent compared to the same period in 2016 at 28 million, have gone through Greek airports in the first seven months of 2017, recording 2.8 million more passengers than the same period last year.

The number of travelers going through Greek airports in July alone rose by 8.7 percent at 9.1 million – a 7.2 percent increase in domestic travelers and a 9.2 percent rise in international visitors.

The total number of flights touching ground at Greek airports in the first seven months of the year came to 261,700 (108,620 were domestic and 153,080 international), showing a marginal increase of 0.7 percent compared to the corresponding period in 2016 when 259,910 flights were made.