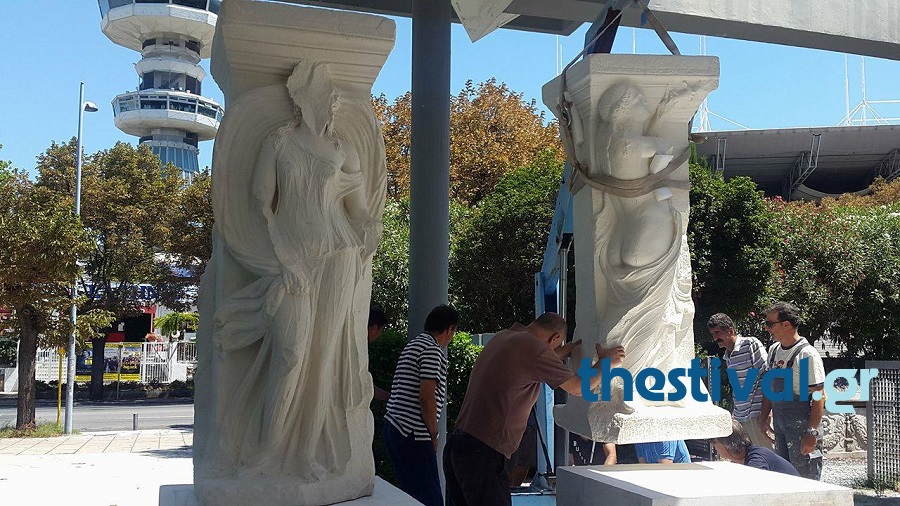 Replicas of Thessaloniki’s Caryatids — known as “The Enchanted” –will be featuring at the Thessaloniki Archaeological Museum, where they will officially go on display following an opening event ahead of the 82nd Thessaloniki International Fair (TIF) to run on September 9-17.

The four portico two-sided Caryatids, part of a Corinthian colonnade at the entrance of the Ancient Agora (Roman Forum) on the upper side of central Aristotelous Square, which stood in the “Gallery of the Idols” in the 2nd century AD returned to their birthplace in 2015 some 151 years later on the initiative of TIF for its 80th jubilee event.

Thessaloniki’s municipal authorities have for more than two decades worked towards seeing the return of the ancient statues – also known as “Las Incantadas” – which were removed from the city in 1864 by French historian Emmanuel Miller and transported to France, where they are currently housed in the Louvre Museum.

“Las Incantadas”, named thus by the city’s prominent Sephardic Jew community, depicted the Maenad, Dionysus, Ariadne, Leda, Ganymede, one of the Dioscuri, the Aura and Victory.

Numerous stories and legends have traditionally surrounded the 2nd century BC sculptures. Before their removal, they had been the symbol of the city, and only after 1864 did the White Tower rise to prominence as a symbol of the city.