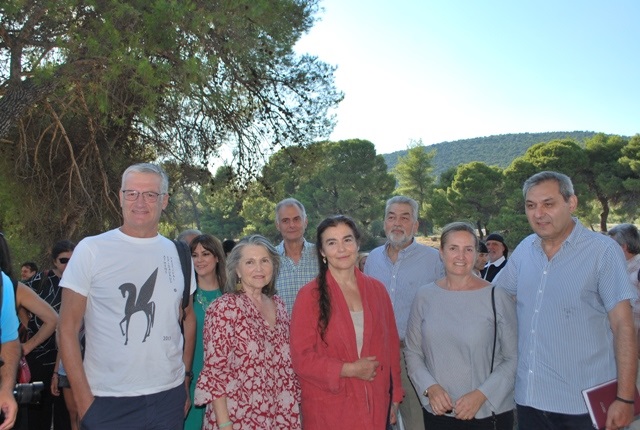 With the participation of dozens of residents and visitors of all ages, the “Greek Paths of Culture” project was recently launched in Epidavros in the Peloponnese.

The program is part of the efforts of Elliniki Etairia – Society for the Environment and Cultural Heritage to document and highlight walking routes that include significant historical monuments, aiming to bring people closer to history, culture and the environment. 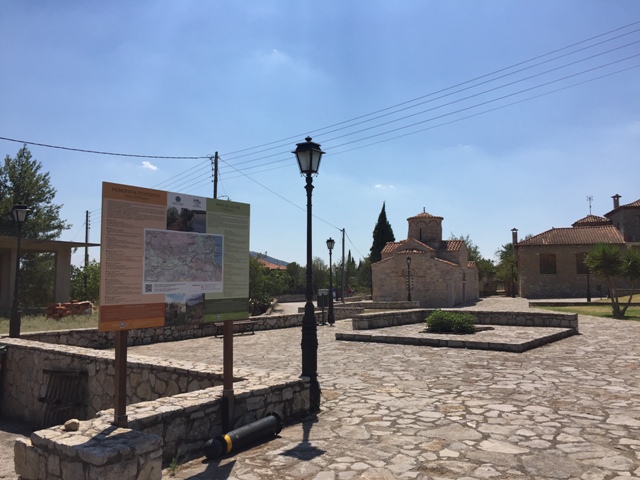 Despite the soaring temperatures earlier this month, residents and visitors attended the inauguration ceremony held at the Ancient Stadium of Epidavros, next to the ancient theater, where they discussed and toured the site.

“The program offers the visitor a ‘complete experience’… a chance to enter deeper into the magic of Epidavros,” said Culture Minister Lydia Koniordou during the event. “The paths highlight the archaeological sites, attract tourism and introduce visitors, not only to our archaeological monuments, but also to the magnificent landscape that surrounds them, while they also support the local society and economy,” she added.

The inauguration ceremony was followed by traditional music and dancing by “The Friends of Tradition” cultural organization and a walk around the ancient theater.

“Residents and visitors learn more on Epidavros and comprehend the area’s prospects for development through culture,” said Epidavros Mayor Konstantinos Gkatzios. The president of Elliniki Etaireia, Lydia Carra, also highlighted the program’s significance for extending the tourism season and also creating jobs for the area’s youth.

The “Greek Paths of Culture” initiative is taking place with the support of the Argolida Ephorate of Antiquities, the Athens & Epidaurus Festival and the sponsorship of the A. G. Leventis Foundation. It will include the installation of signs on eight routes – both for hiking and cycling – which pass through the area’s main sights of attraction: Lygourio, the ancient Mycenaean paths, the Asklipieion ancient sanctuary, the town of Old Epidavros, the sunken city of Ancient Epidavros and the Monastery of Panaghia Polemarchas.