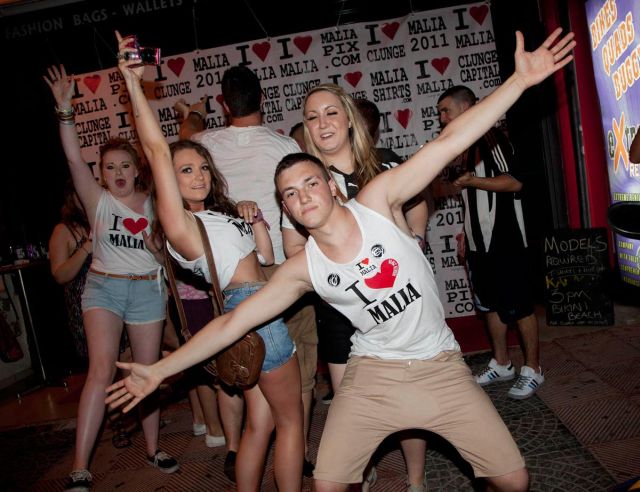 Unruly tourists are being turned away from Malia, on the island of Crete, following alcohol-fuelled incidents that have given the destination a bad reputation.

Hotel owners in Malia, northeastern Crete, have said they are not accepting some 10,000 bookings from the UK in an effort to repair a tainted reputation due to the thousands of mostly British tourists who flock to island bars and clubs every summer and drink till they drop. The hoteliers are aiming to replace the lost bookings from rowdy Brits with reservations made by families from Netherlands, Germany and Austria.

According to media reports, the majority of Malia’s hotels will stop offering 18-30 holiday group package deals, which will inevitably take a bite out of an estimated 6 million hotel and resort bookings a year, mainly from UK operators. Malia authorities have repeatedly pledged to stop accepting rowdy tourists but have failed to control the situation. Security has now been tightened on beaches.

“We’ve given these tour operators a free hand in branding an image completely alien to what Malia really is. Malia isn’t about sex, drugs and ‘everything goes’. It’s the prime tourist destination in Crete, bringing in millions of euros to the island,” Malia Deputy Mayor Efthymios Moutrakis was reported as telling The Times.

In a related incident, earlier in July a 22-year-old American student was beaten to death by 10 people while vacationing on the Ionian island of Zakynthos at Laganas beach, notorious for catering to out-of-control drinking and partying 20-something tourists. At the same time, Greek police arrested 189 people for the use of laughing gas after an 18-year-old British girl fell into a coma in Malia.