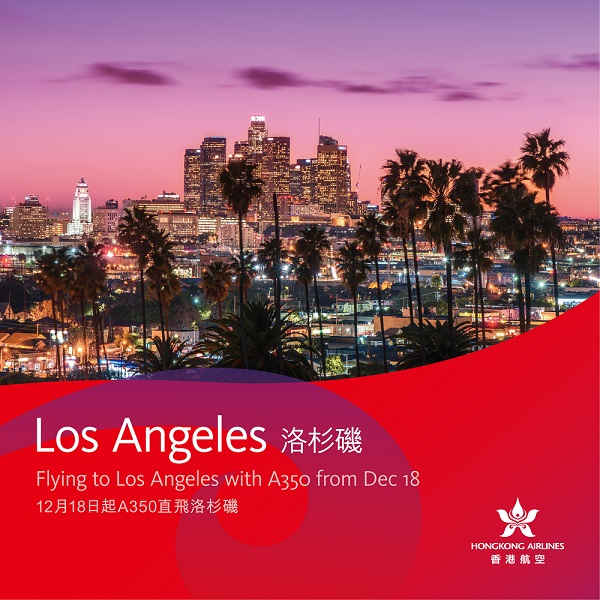 Hong Kong Airlines has announced the launch of a direct service between Hong Kong and Los Angeles International Airport as of December 18.

The flights will be operated by aircraft A350-900 and will operate four times a week, every Monday, Wednesday, Friday and Sunday, until January 15, 2018. From then on, the flight will operate daily.

Most of the citizens outside the United States should possess a valid visa for entry to the US so they should consult with a local embassy before purchasing their tickets.

Hong Kong Airlines is represented in Greece and Cyprus by Discover the World.

Established in 2006, Hong Kong Airlines serves 30 major cities across the Asia Pacific region, including Gold Coast, Auckland, Beijing, Shanghai, Taipei, Tokyo, Sapporo, Seoul, Bangkok, Bali and Okinawa. This year it extended its reach to North America with the launch of a Vancouver route in January. Its current operating fleet is made up of 33 Airbus aircraft, consisting of 29 passenger aircraft and 4 freighters.