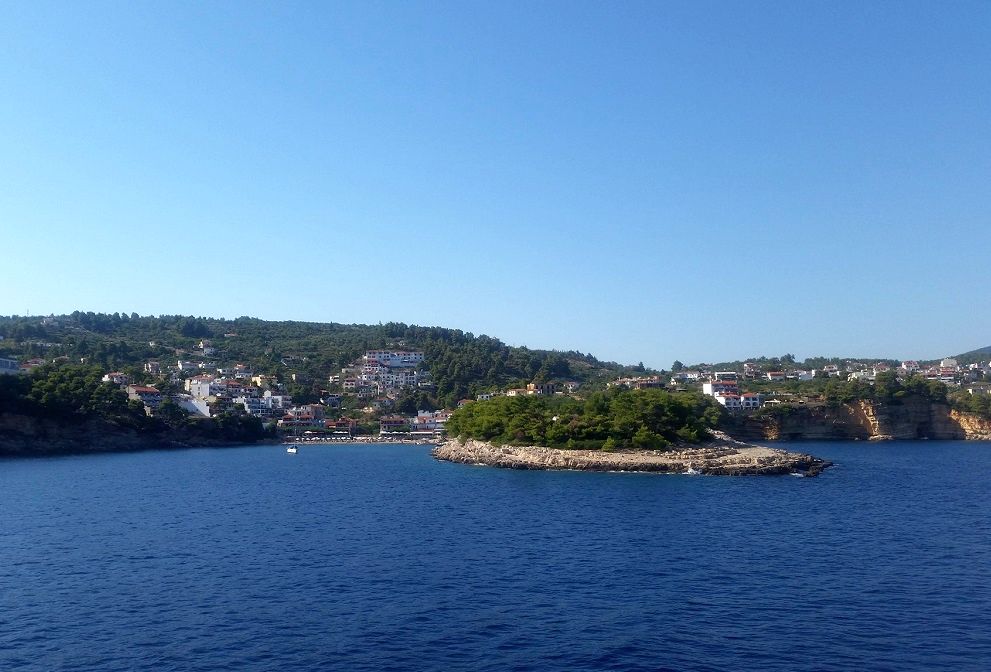 The island of Alonissos, located in the North Sporades, was featured in a recent article of Huffington Post Italia, which revealed six reasons why a traveler should visit the island and discover alternative Greece. 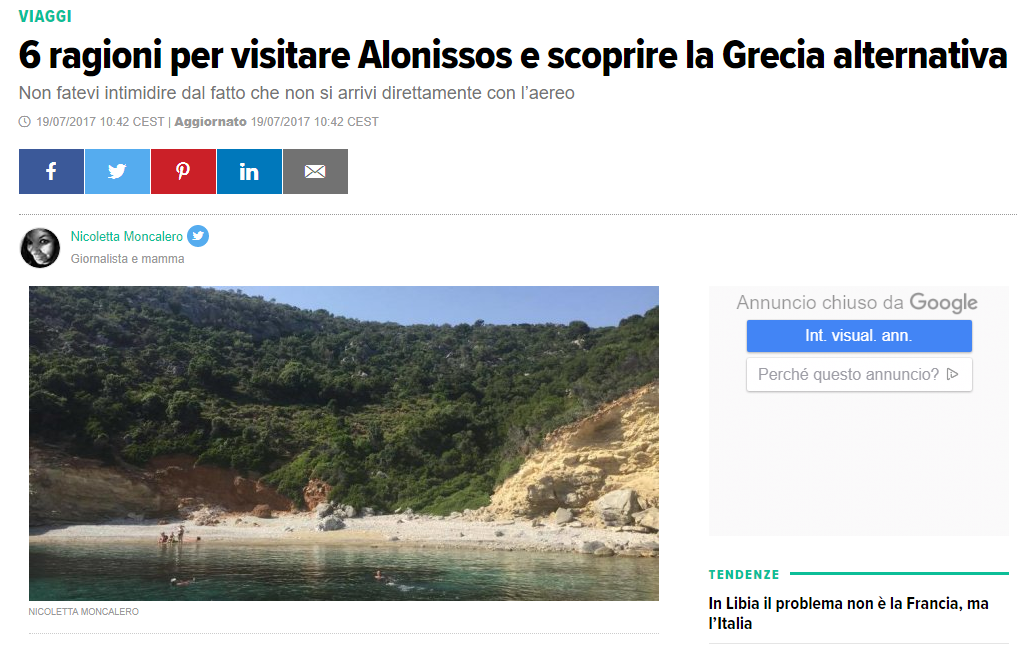 Huffington Post journalist Nicoletta Moncalero visited the island in June, during a press trip organized by the Municipality of Alonnisos. She was impressed by the island’s natural beauty and archaeological treasures.

According to Moncalero a traveler should visit Alonissos for six reasons: its National Marine Park; the island’s old town; its beaches and the “hidden” shipwrecks that lie at the bottom of the sea; the archaeological sites; the numerous places one can explore on foot and the local cuisine.

Moncalero also notes that the lack of airport infrastructure should not discourage travelers from visiting the island. 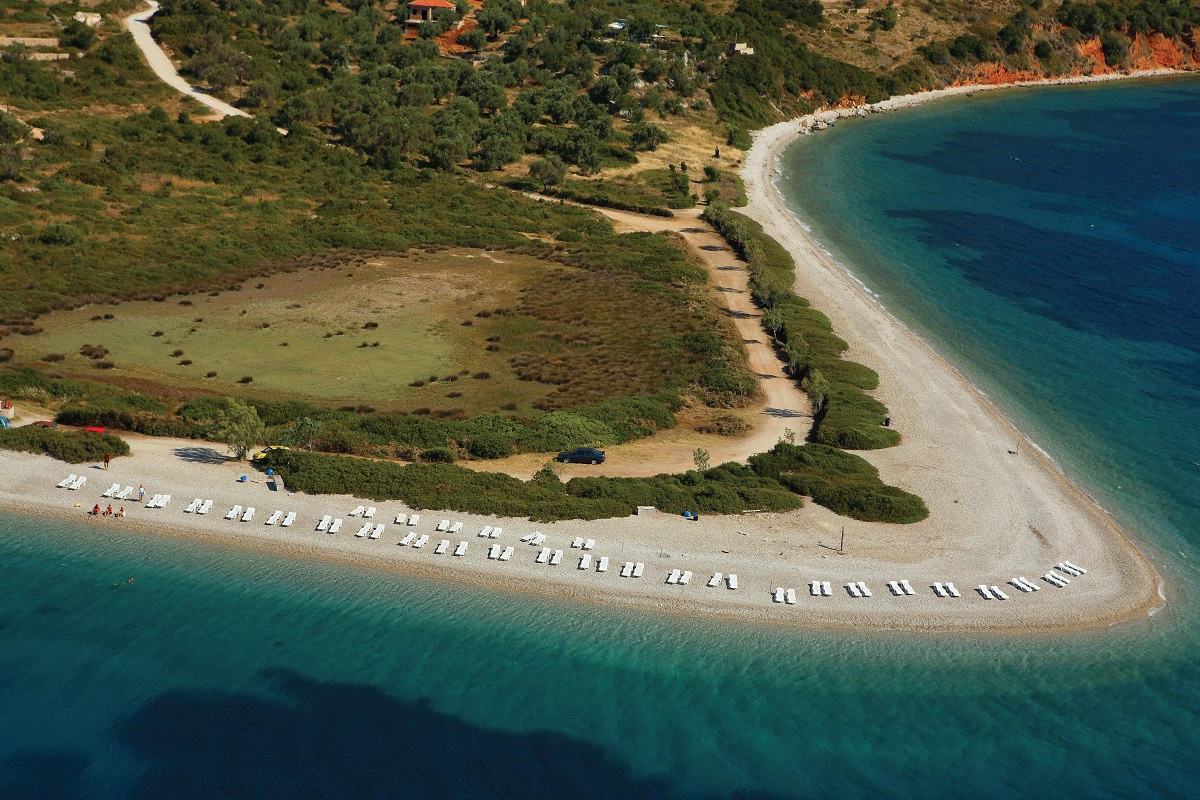 The press trip was organized in collaboration with tourism consulting company Re:Make.