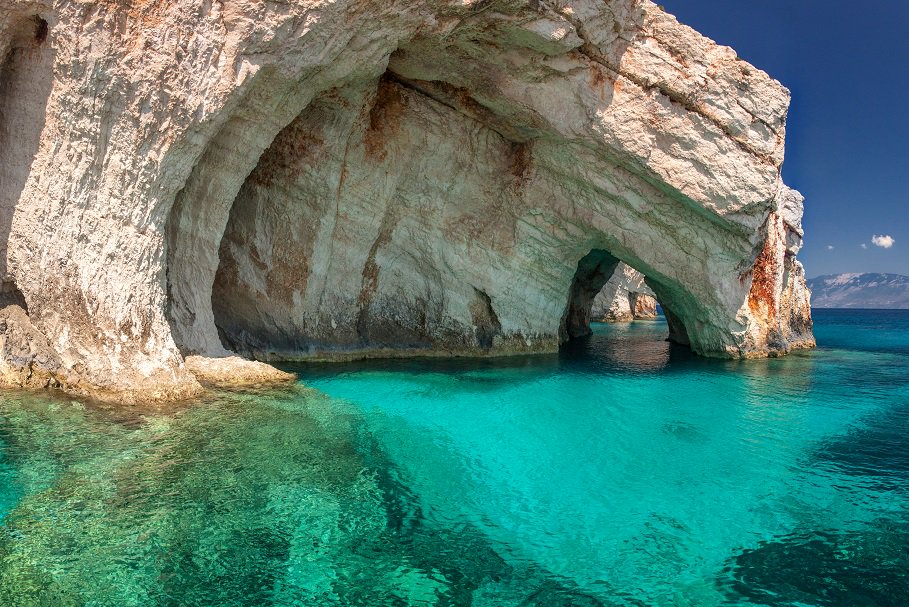 Tourist arrivals to the Ionian islands, which include favorites Zakynthos (photo) and Corfu, grew by 12.1 percent in the first six months of 2017, according to Civil Aviation Authority and Greek Tourism Confederation (SETE) data.

More specifically, Corfu recorded an increase of 6.7 percent, Aktio by 21.1 percent, Kefalonia by 9.20 percent and Zakynthos by 19.2 percent in the first half of the year compared to the same period in 2016.

“The increase in tourist traffic to all the Ionian islands is steady thanks to effective planning which includes ensuring visibility, public relations and the cooperation between the Ionian Island Region and its partners – the tourism ministry, the Greek National Tourism Organization, embassies, consulates, etc,” said Ionian Islands Region Vice Governor Spyros Galiatsatos.

In related news, Ionian island regional authorities announced last week the launch of direct winter flights by Greek carrier Sky Express from Athens to Corfu twice a day as of November 1 through to March 31, 2018.