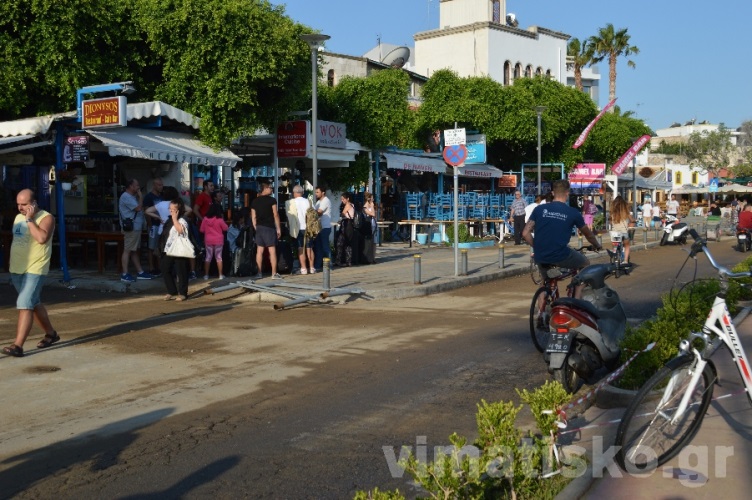 The South Aegean Region has assigned a special committee to record the damage on the buildings and structures that house businesses on Kos, following an earthquake that hit the island on the early hours of Friday.

Since Friday, the Governor has been in close cooperation with state officials, including Tourism Minister Elena Kountoura and local authorities, an announcement said.

“In less than 36 hours Kos managed to return to its normal social and economic life, while its visitors continue to enjoy their vacations,” Governor Hatzimarkou said. “The South Aegean region made use of its financial and human resources and remains on alert to effectively and discreetly fulfill its role,” he added.

The Civil Protection department of the South Aegean Region during the weekend removed the debris from the island’s road network and structures that collapsed in the old town and on the streets of Kos.