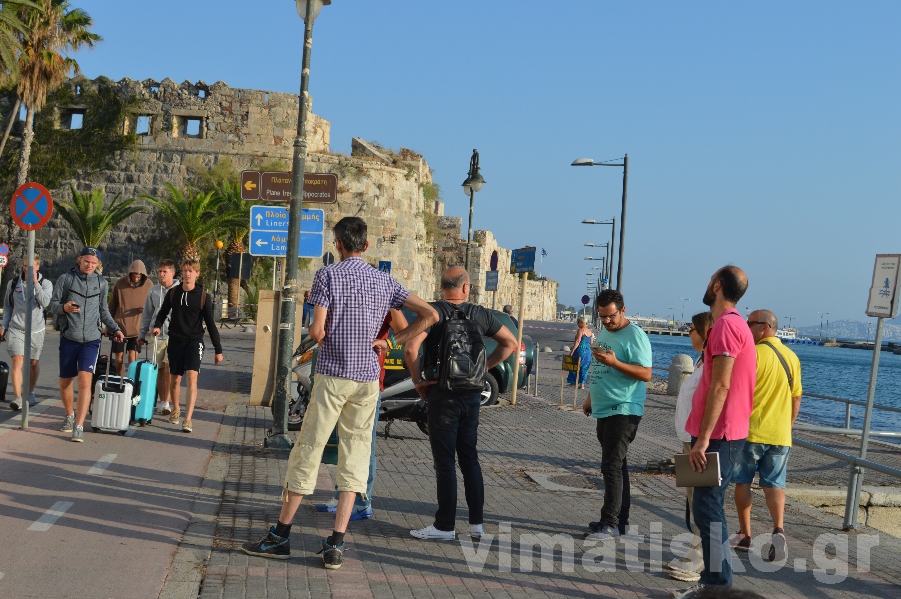 There are no problems regarding the hotels on Kos following the 6.4 magnitude earthquake that hit the island on Friday, according to the president of the Hoteliers Association of Kos, Konstantina Svynou.

“The tourists on the island are facing the situation calmly,” Svinou told the media, adding that currently Kos is hosting some 200,000 holidaymakers.

Svinou also informed the press that only few tourists are considering cutting their vacation short and departing from the island following the earthquake. Meanwhile, there have not been many phone calls from customers that were planning to travel to the destination in the coming days and now want to cancel their trip.

Tourism Minister Elena Kountoura is in constant contact with the island’s authorities, in order to assess the impact of the earthquake on the island’s tourism industry. She first contacted travel agents and hoteliers in order to have a clear picture of the situation.

Two people were killed during the earthquake on the island. In an announcement, the president of the Greek tourism Confederation (SETE), Yiannis Retsos, expressed condolences to their families.

“The entire local community, residents and tourism enterprises, continue to support the island and its tourists,” he said, applauding the support and cooperation shown by the island’s visitors.

SETE’s president added that it is important that the island’s bodies assign qualified engineers to proceed with inspections to the island’s hotels, so as to restore the feeling of security to the tourists staying on the island.

During a briefing on Friday, Transport Minister Christos Spirtzis said Kos had not suffered “extensive damage”, adding that there were no damages to the road construction.

The Port of Kos has suffered extensive damage from the earthquake and is currently closed for inspection. Until access to the main port of Kos is reinstated, ferries will be making stops at the island’s Kefalos port.

On the other hand, there is no problem regarding the airport of Kos.

Checks for damages have been carried out on the runway and all the facilities. There have been no injuries or serious damage, while the areas where minor damages occurred are already being restored.

“All of us in Fraport Greece are working intensively to ensure that the airport is able to fully support the needs of the local community and national authorities for crisis management,” the company said.

Regarding already scheduled flights, only minor flight delays have taken place. Passengers are requested to contact their airlines and travel agents to receive information regarding possible delays to scheduled flights.

It is noted that Kos’ airport is the main gateway to the island. Ninety percent of the island’s tourists enter the island through the airport.