Kos was hit by an earthquake measuring 6.4 magnitude in the early hours of Friday, July 21. The quake also struck south of the Turkish city of Bodrum.

According to reports, the earthquake left at least two dead on Kos. The victims are said to be from Sweden and Turkey. A total of 90 people were transferred to hospitals. Fifteen people remained hospitalized with five seriously injured.

The epicenter of the earthquake was in the sea between Rhodes and Kos, near the Turkish coast and had a focal depth of 8 km.

Many damages to buildings have been reported while the tremor triggered a small tsunami, causing floods to parts of the island.

The earthquake occurred at 1:31 am. A second earthquake of 5.1 Richter, 26 km north of Leros followed a few moments later, at the same focal depth.

According to the Euro-Mediterranean Institute, from 1:53 pm and for the next half hour, Kos was hit by three strong aftershocks measuring 4.6, 4.5 and 4.7 magnitude at a distance of less than 10 km from the Turkish coastline. 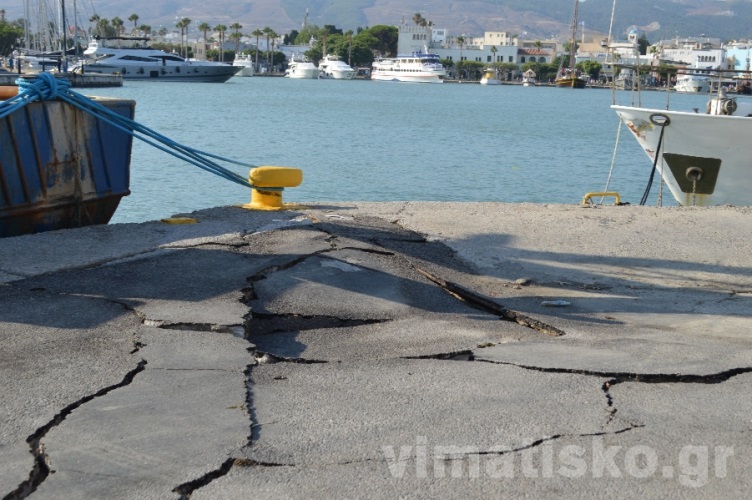 According to reports, the island’s port has suffered extensive damage from the earthquake and is currently closed for inspection.

“The port will soon be restored to operate again,” Transport Minister Christos Spirtzis told the media.

The airport on Kos is operating normally.