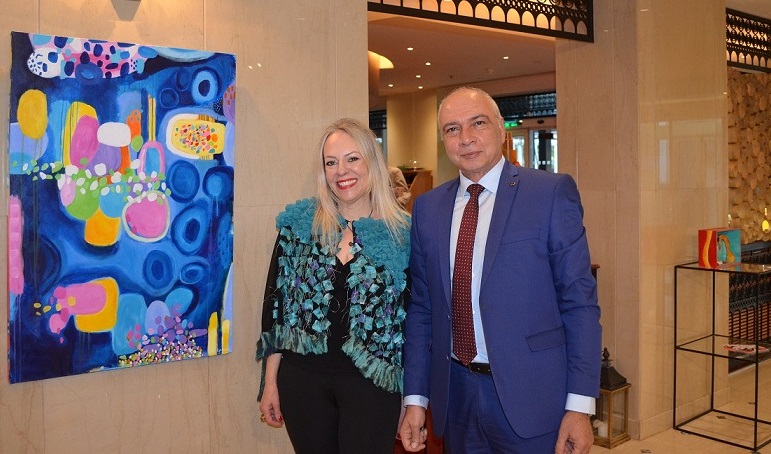 The Sofitel Athens Airport is embracing art and is currently hosting the exhibition of artist Joanna Chrysohoidis, titled “Unfold”.

Using bright colors and mixed techniques the artist “unfolds” her talent and presents a collection of paintings inspired by Greece.

Chrysohoidis moved to Athens from Washington DC several years ago. Growing up, art became part of her life, as she was influenced by her mother in weaving and by her father in painting. She started experimenting with mixed techniques, using colors and textile ten years ago. “My work derives from my intuition; It is inspired by my travels and the way the outside world affects my inner self”, the artist said in an announcement.

Her paintings are included in private collections, including those of Hilary Clinton, Jane Alexander, Leslie Stahl, Oprah Winfrey and Carlos Santana. 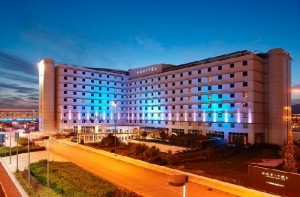 The exhibition “Unfold” will be open on a 24 hour basis on all days at the Sofitel Athens Airport until October 31, 2017.

Five-star hotel Sofitel Athens Airport is located next to the Athens International Airport and the Athens suburban railway. It is part of the Sofitel Group, which is present in five continents and 40 countries with 120 hotels.