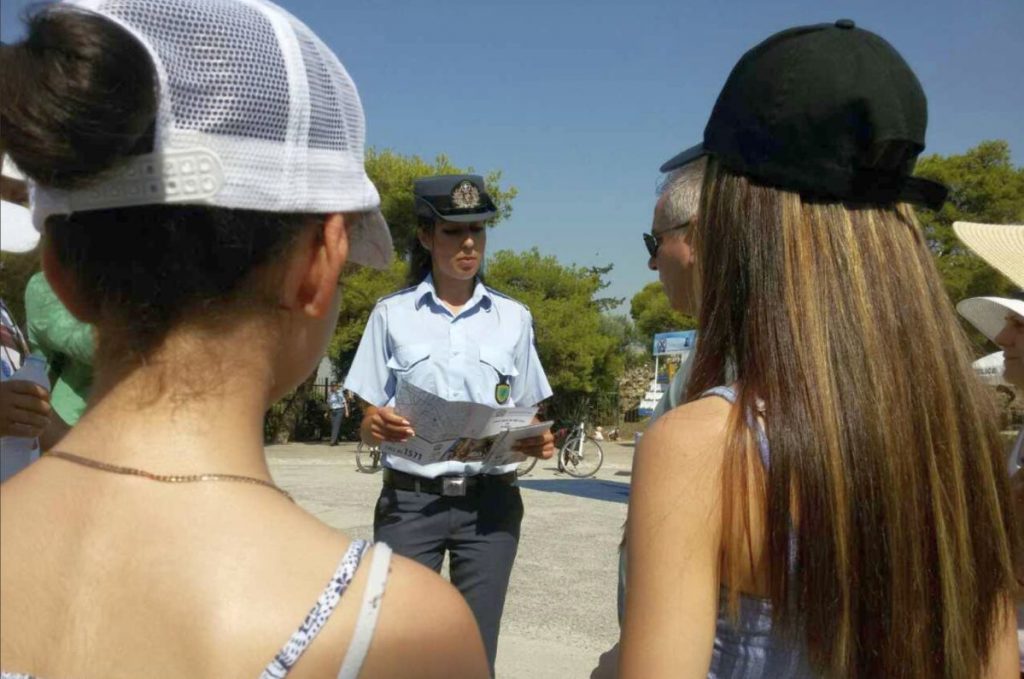 The Attica General Police Directorate has launched an awareness campaign for tourists visiting Athens, as part of the upgrading of its services for the safe stay of those visiting the Greek capital.

Through the campaign “Stay safe in the city of Athens”, a special pavilion on Thursday was set up near the archaeological site of the Acropolis, through which tourists and visitors can obtain a brochure in English that contains useful information and instructions for a safe tour of the city.

“This action concerns not only Athens but also the airports and tourism destinations of the country. Greece remains a safe country that tourists can visit,” said the general secretary of Public Order, Dimitris Anagnostakis.

In an announcement, the head of Greek Police, Lieutenant General Konstantinos Tsouvalas, said that Athens is a beautiful and safe city and that Greece is a safe country. “EL.AS (Greek police) guarantees safety and this is what we are communicating today,” he said.

On his part, Alkiviadis Assimakopoulos, general police director of Attica, said that the Tourist Police Visitors Help Office has served up to 11,000 civilians so far. “We have a cooperation with the city’s hotels, which also distribute our brochures,” he said.