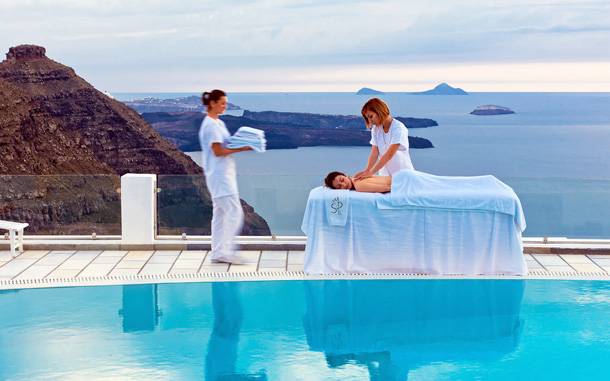 Luxury tourism in Greece has increased by 10 percent while investment in the sector is also seeing growth, Tourism Minister Elena Kountoura said on Monday during a radio interview.

Speaking on the Athens News Agency’s 104.9 FM, the tourism minister said that a total of 142 applications for the licensing of new and existing four- and five-star hotels of over 300 beds, special tourism infrastructure projects and three luxury tourism resorts had been submitted to the ministry’s one-stop-shop service EFPATE in 2016. She added that 251 proposals for hotel investments were submitted in Greece’s development bill by March.

Kountoura pointed out that Greece’s shift in attracting tourists from new markets such as China, the Middle East and India was accompanied by the strengthening of traditional markets such as Germany, England, Poland, Russia and America.

“Luxury tourism grew by 10 percent,” she said, adding that Greece is attracting more tourists that are spending more and choosing four- and five-star hotels.

Moreover, the minister said that thematic tourism and the shift to new markets are tools for extending Greece’s tourism season, which, last year started in April and ran until November, while the months of September, October and November were the “best months of all time”, with very important occupancy levels.

Minister Kountoura also focused on Northern Greece and Thessaloniki and said that they are now connected with more destinations and constantly attracting tourists.

She referred to the ministry’s actions in regards to attracting more flights through negotiations and agreements with low cost carriers, charter companies and tour operators, that lease and bring their own aircraft from the Balkans, Russia, Germany, the Netherlands and France, markets that in the past produced less demand for Northern Greece.

“We made agreements for flights from England to Samos and connected Thessaloniki with direct flights, not only to capital cities, but also to other towns,” she said, adding that the new international flights to Greece this year add up to some 2,000. “I think these new flights will bring great growth on all levels,” she said.

Areas in Greece Where Shops Can Open on Sundays

Athens Among Top 10 MICE Destinations for 2017