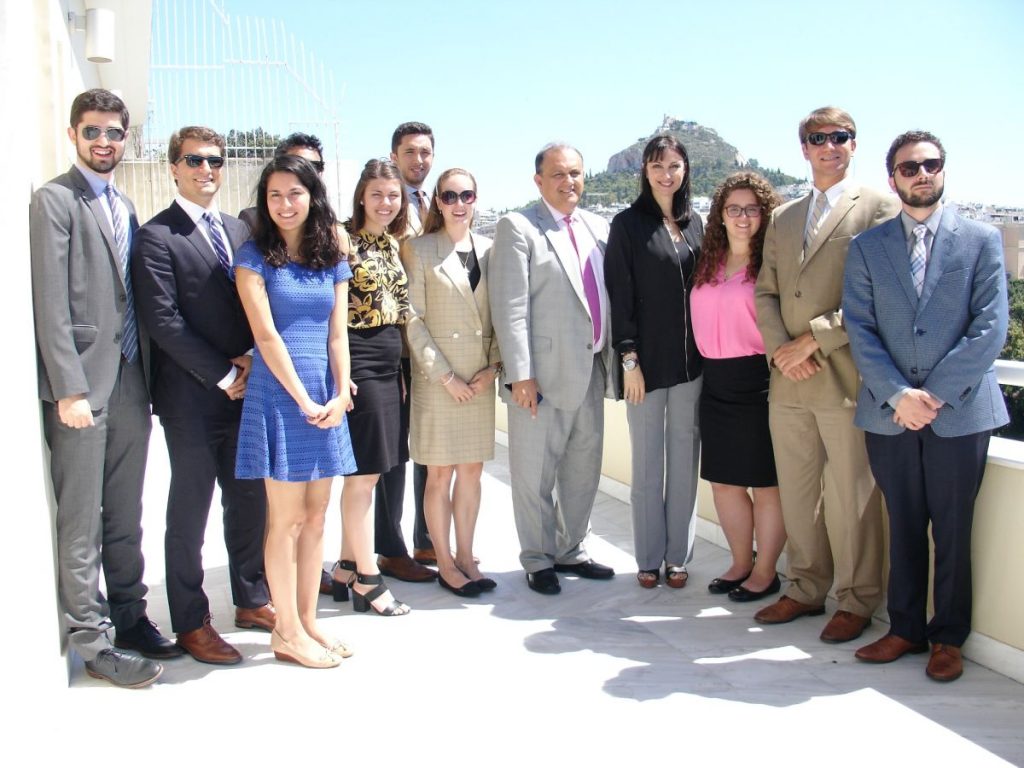 The meeting with Minister Kountoura was held during the students’ annual foreign policy trip to Greece and Cyprus during which they were informed on foreign policy issues that are important to the Greek American community and United States interests in the eastern Mediterranean.

During the meeting at the Tourism Ministry in Athens, Minister Kountoura informed the students on Greece’s tourism policy and the country’s record performance in arrivals over the past two years. She also referred to the growth the sector has recorded so far this season

Moreover, the minister presented the plan of targeted actions for the dynamic promotion of the Greek tourism product in the United States and referred to actions that have been implemented to strengthen direct air links between Greece and the US and to attract interest from American Groups for tourism investments in the country.

On their part, the AHI students expressed their admiration for Greece and informed the minister that the country is one of the most popular destinations of Americans.

The American Hellenic Institute is a non-profit Greek-American think tank and public policy center that works to strengthen relations between the United States and Greece and Cyprus, and within the Greek American community.

‘Socrates NOW’ Returns to Athens for Three Shows in English