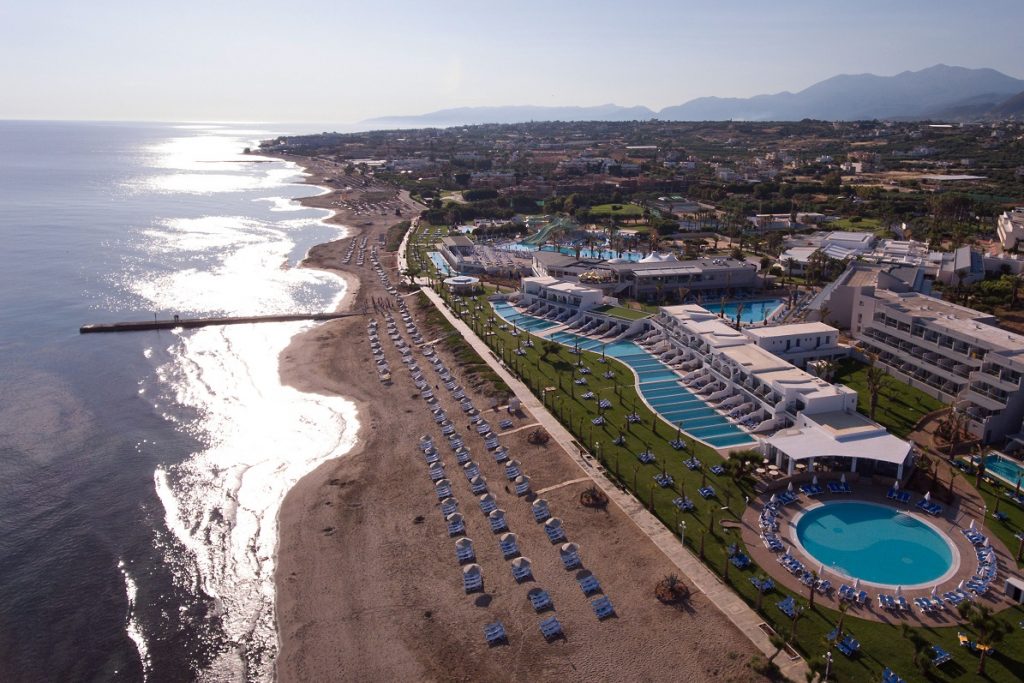 The Lyttos Beach Hotel, located in Hersonissos, near Heraklio, on Crete, recently raised the Blue Flag it received for a second year in a row for the water quality and cleanliness of its 350-meter beach.

The hotel won the label also for the organization of its facilities, the safety standards, the services offered and its environmental protection policies.

“Through joint efforts and hard work, the Lyttos Beach team makes sure that our beach is in the best possible condition,” the hotel said in an announcement, adding that the celebrations were “fortunately interrupted” by the sudden arrival of a Caretta-Caretta turtle on shore!

Greece this year ranked second place in the world on the 2017 Blue Flag quality award list for beaches and marinas, among 47 countries. A total of 486 beaches and 12 marinas were honored with the Blue Flag, instead of 430 Greek beaches and nine marinas in 2016.

The Lyttos Beach Hotel is situated in a 150-acre area, with lush gardens and 500 palm trees. Its rooms and suites overlook the Aegean sea and the gardens.