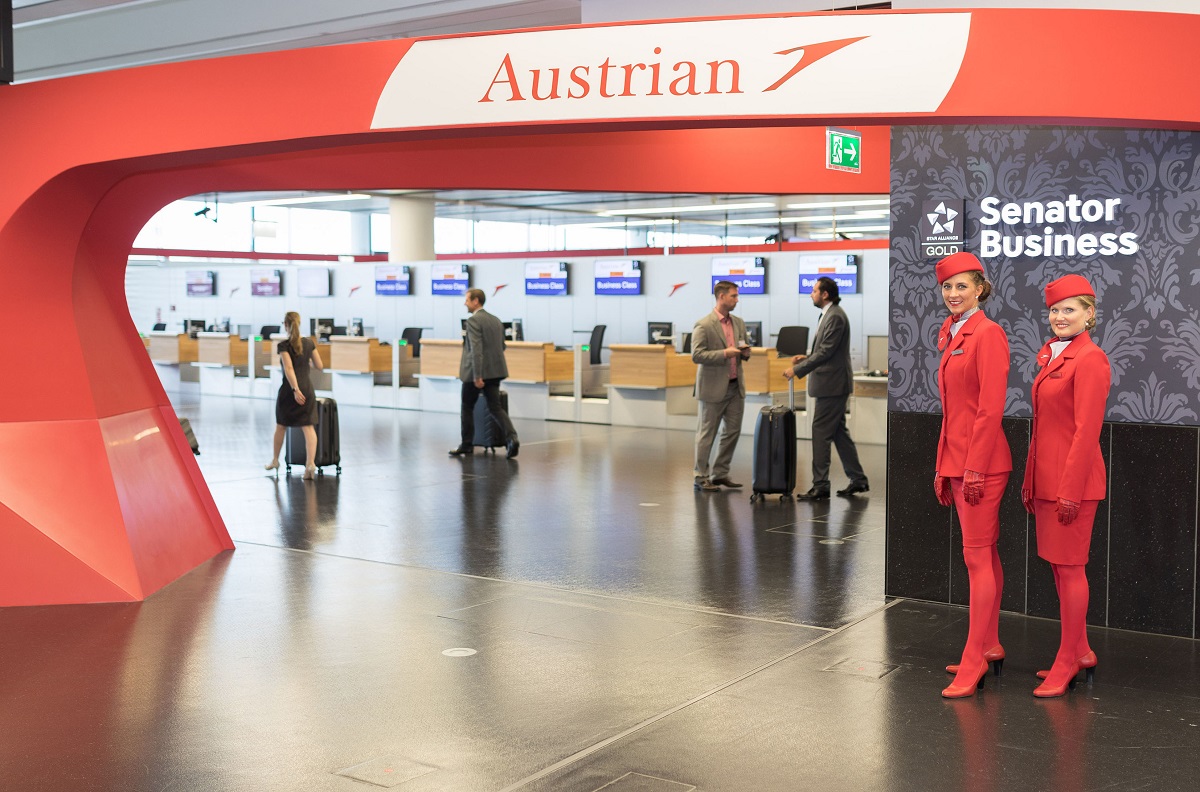 Austrian Airlines recently announced the opening of its own priority check-in zone at the Vienna International Airport for premium customers.

Senators, star gold ticket holders and business class passengers have a total of ten counters at their disposal, in a specially partitioned area of 300m².

The priority zone offers clear advantages to business class passengers and frequent flyers, which include short distances and quick check-in. According to the airline, this is because the priority zone enables passengers to take the shortest route to boarding pass control and security screening via direct access to the fast lanes.

Furthermore, due to its proximity to the Austrian Airlines ticket and excess baggage counters, the priority zone links all relevant check-in areas in a central location.

The new priority check-in zone is located in the departure area of Terminal 3 and features a white, streamlined shell with quotations from the world of flying. Inside one finds baroque Austrian ornaments in a modern context.  The new check-in counters were built in cooperation with Vienna Airport.

Austrian Airlines, a member of the Lufthansa Group, currently operates a global route network of approximately 130 destinations, being particularly dense in Central and Eastern Europe with 35 destinations.