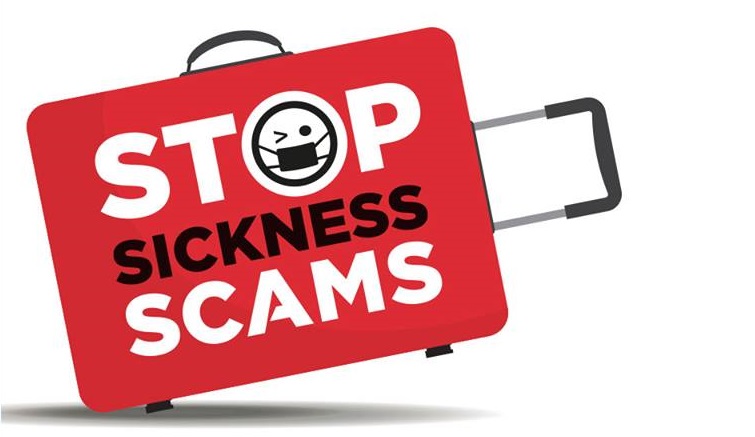 Hanover-based travel and tourism group TUI is lending its full support to ABTA’s “Stop Sickness Scams” campaign which is calling on the government to crack down on fake holiday sickness claims and warning vacationers about the consequences of filing false claims.

The largest leisure, travel and tourism company in the world, with travel agencies, hotels, airlines, cruise ships and retail stores in its ownership, TUI is working to hinder misleading advertising of Claims Management Companies, which are spending heavily on social and mainstream media ahead of the main summer season aiming to get UK travelers to file fake holiday sickness claims.

“If the client really gets sick during his vacation, then of course we will follow our usual procedures to investigate the case and support him. The issue facing our industry is that claim management companies are deceiving our clients by persuading them to submit false, untrue or excessive claims, which could lead to their criminal prosecution, whether in their home country or abroad, and their exclusion from future travel products. We are thoroughly investigating each claim and we believe that many will end up in court,” said Nick Longman, MD TUI UK and Ireland.

According to TUI data, the number of holiday illness complaints has increased by more than 1,400 percent in the last two years, while actual sickness rates remained at the usual low levels.

“I strongly urge everyone in the industry to get behind our ‘Stop Sickness Scams’ campaign. The public need to know the truth behind the highly misleading marketing tactics used by unscrupulous Claims Management companies whose activities are causing so much damage,” said ABTA Chief Executive Mark Tanzer.

ABTA is encouraging its members to support the campaign on social media by sharing materials and using #StopSicknessScams. Besides TUI, other campaign supporters include Thomas Cook, Jet2holidays and Monarch.