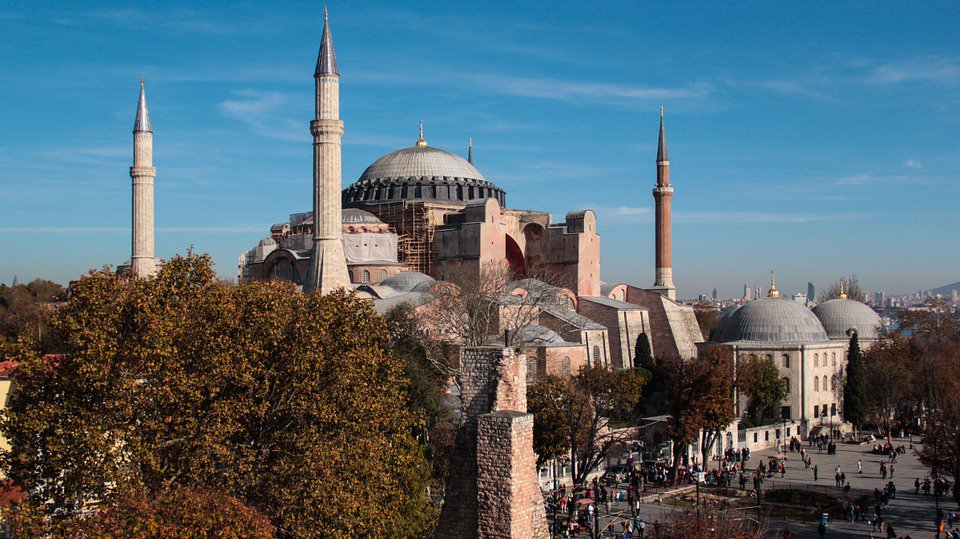 The US State Department appears to have called on Turkey to respect the diverse history of the Hagia Sofia temple with regard to plans to convert the Istanbul monument into a mosque.

The response followed a question addressed to State Department spokeswoman Heather Nauert this week, who according to media reports, urged Ankara to respect the Hagia Sophia’s multifaceted history and cultural significance.

Constructed in 537 AD and serving as the seat of the Patriarch of Constantinople until 1453, Hagia Sophia has gone from a Greek Orthodox Christian church, to an imperial mosque and now a museum.

Greece was quick to respond on Thursday, after a Muslim service attended by government officials at Hagia Sophia was broadcast on Turkish television on Wednesday, with the foreign ministry issuing a statement condemning the action.

“We condemn the Koran reading and holding of prayers in Hagia Sophia, which was attended by the head of Turkey’s Directorate for Religious Affairs and broadcast by Turkey’s state television channel.”

“Hagia Sophia is an UNESCO World Heritage Site. The attempt to convert it into a mosque – through reading of the Koran, holding of prayers, and a number of other actions – is an affront to the international community, which needs to be duly mobilized and to react,” the ministry statement said.

“This is a clearly unacceptable challenge to the religious sentiments of Christians everywhere and to all those who honor humanity’s cultural heritage, and it is taking place at a time when the interfaith dialogue should be promoted rather than undermined.”

Turkey’s response however was immediate with its foreign ministry claiming that “the record of Greece in the field of freedom of religion, which is among the fundamental human rights, is well-known” and accusing Athens of failing to uphold the rights of its Muslim minority as well as of failing to provide a mosque for worship in its capital.

“We call on Turkey to conduct itself as a modern and democratic country, to protect the ecumenical nature of Hagia Sophia, and to respect the age-old tradition of this global monument,” the Greek foreign   ministry added.