In Memory of Evangelos Stavropoulos 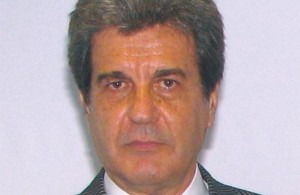 His funeral will be held on Saturday, June 24, at 12 pm at the Anastaseos Cemetery, in the Keratsini district in Piraeus.

Evangelos founded Hydra Travel in 1971, which became one of the leading travel agencies in the area of Attica.

Based in Glyfada, south of Athens, the company specializes in tailor-made travel packages to exotic destinations and also focuses on conference and incentive travel..

Hydra Travel in 2008 was awarded as the “Leader in Prestige and Quality” by the “Actualidad” Spanish Publishing House.

A well-known figure in the Greek travel agency sector, over the years Evangelos has served as the president of the Greek Union of Air Travel Agencies (PETAGA). He also served as a member of the Board of Directors of the Hellenic Association of Travel & Tourist Agencies (HATTA).