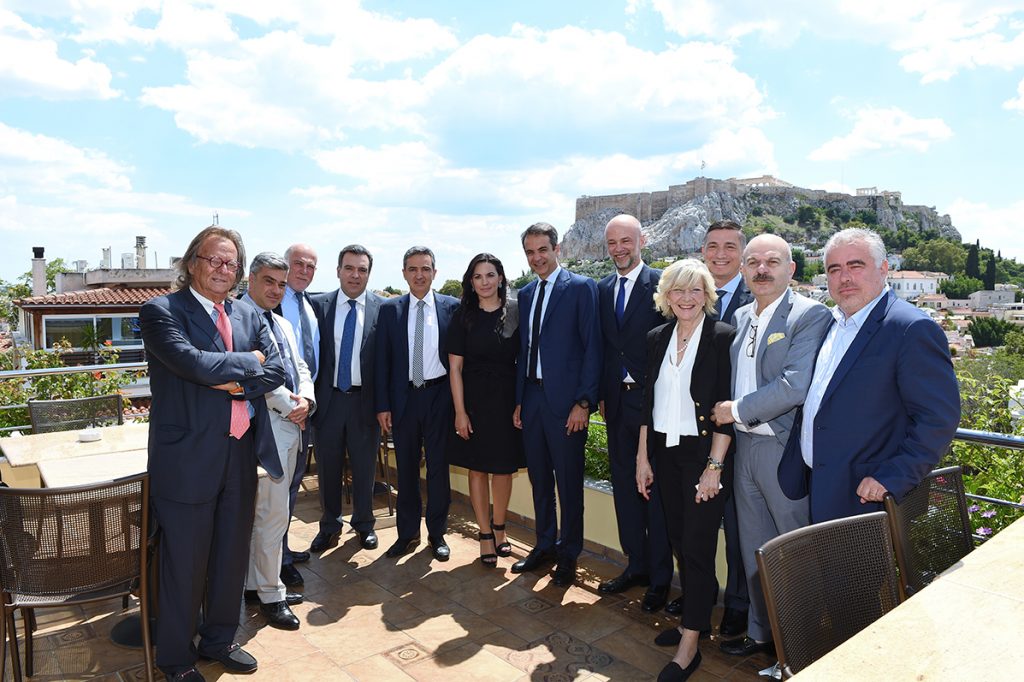 Challenges, goals and strategy were the focus of talks between Greek Tourism Confederation (SETE) President Yiannis Retsos and the head of the opposition New Democracy party Kyriakos Mitsotakis.

Retsos presented ND members, including former tourism minister Olga Kefalogianni now overseeing tourism issues for the opposition, with SETE’s goals which include achieving an improved ranking for Greece as a world destination; ensuring coordination and a single voice within the sector; working towards mutually beneficial relationship with respective governments; and boosting the sector’s socio-economic impact.

Retsos went on to underline the important link between tourism and the agri-food sector as well as tapping into Greece’s cultural heritage in efforts to attract new markets and stimulate employment.

Mitsotakis underlined the need to establish a healthy entrepreneurial environment, the promotion of competition, reduced government intervention and less bureaucracy.

Both men agreed that the tourism sector can pave the way for new social and economic activities which will in turn boost other sectors of the Greek economy.