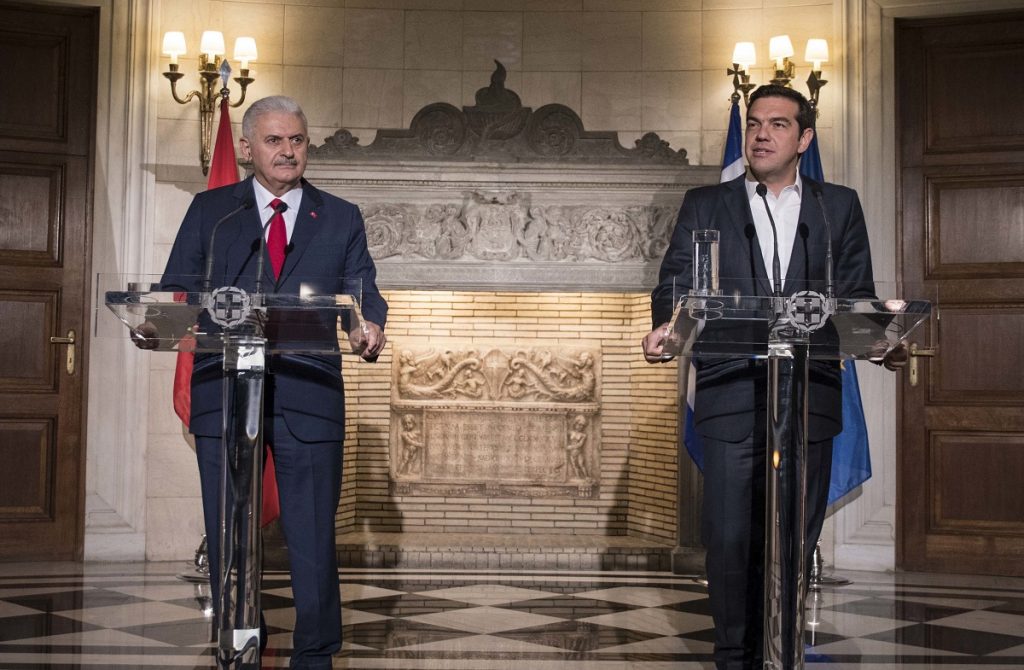 Turkey’s Prime Minister Binali Yildirim reiterated during talks in Athens with Greek Premier Alexis Tsipras on Monday, that smooth relations with Greece hinge on an EU promise to ensure visa-free travel within Schengen for Turkish nationals.

Greece and Turkey share the same geographical position and a common destiny, Yildirim said, adding that attention should be given to issues of agreement and be resolved on the basis of mutual benefit.

On a one-day visit to Greece, Yildirim and Tsipras agreed to work together towards ensuring open channels of communication in efforts to minimize military tensions arising from repeated airspace violations.

“I stressed to Mr Yildirim that this situation isn’t helping at all, and that military activity and Turkish infringements cannot continue,” Tsipras said during a joint press conference on Monday. “(They) increase the risk of an accident for our military,” adding that the “Aegean must remain a sea of peace and stability and if this is the will of both sides we must take decisive actions in this direction”.

On his part, Yildirim said the violations and flyovers in the Aegean were mutual.

With regards to tourism, Yildirm said there was great scope for growth in tourism and that the visa-waiver program for Turkey’s citizens will contribute greatly in that direction.

“The best move would be to lift the visa requirements for Turkish passports, which will add a new dimension to EU-Turkey relations,” he said.

The two men also discussed Greece’s refusal to extradite eight servicemen suspected of having incited a failed military coup last year in Turkey, as well as ways to exploit large natural gas deposits in the Aegean and off Cyprus.