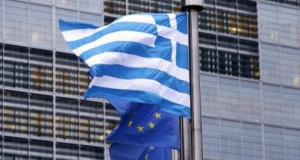 Greek tourism professionals and entrepreneurs are expressing hopes that the deal reached on Thursday night between Greece and its international lenders will lift the lingering uncertainty and allow both commerce and tourism to grow.

Thursday’s agreement has put an end to a months-long impasse on Greece’s bailout program, releasing a further tranche of funds to Athens and offering markets greater clarity on debt relief.

“Let us hope that the positive message following the conclusion of the second evaluation will remove distress and uncertainty in the real economy and create expectations for a better climate on the Greek market in parallel with the tourist season,” Vassilis Korkidis, president of the Hellenic Confederation of Commerce and Entrepreneurship (ESEE) and of the Piraeus Chamber of Commerce and Industry said.

The tourism sector among others has been on edge over the ongoing negotiations, which have created a great deal of reluctance and lagging investor interest.

“There must now be support for entrepreneurship, a boost to competitiveness, tax relief: stable conditions for growth,” said Greek Tourism Confederation (SETE) President and head of the Hellenic Hotel Federation (HHF) Yiannis Retsos via his twitter account earlier today.

Representing the Hellenic Chamber of Shipping (NEE) which oversees yacht and marine tourism, George Vernicos told 24/7 radio that the Eurogroup deal was a positive development.

“We must be at the forefront of developments… to be in a place to capitalize on our potential and finally move away from the current predicament”, Vernicos said, adding that Greece stands to gain significantly from the marine sector if it becomes investment friendly.

“The tourism season has started very well this year. Tourism may be the driving force but it can also be linked to other areas of action,” he said.

Eurozone finance ministers also said they would release 8.5 billion euros to cover current financing needs, clearing arrears, and fostering the conditions for a return to the market.

Korkidis added that the time had come for the establishment of a Greek development bank, a long-standing demand of small and medium-sized businesses.

WTTC: Trump Statement to ‘Enforce the Ban on Tourism’ is a Retrograde Step for the Cuban People