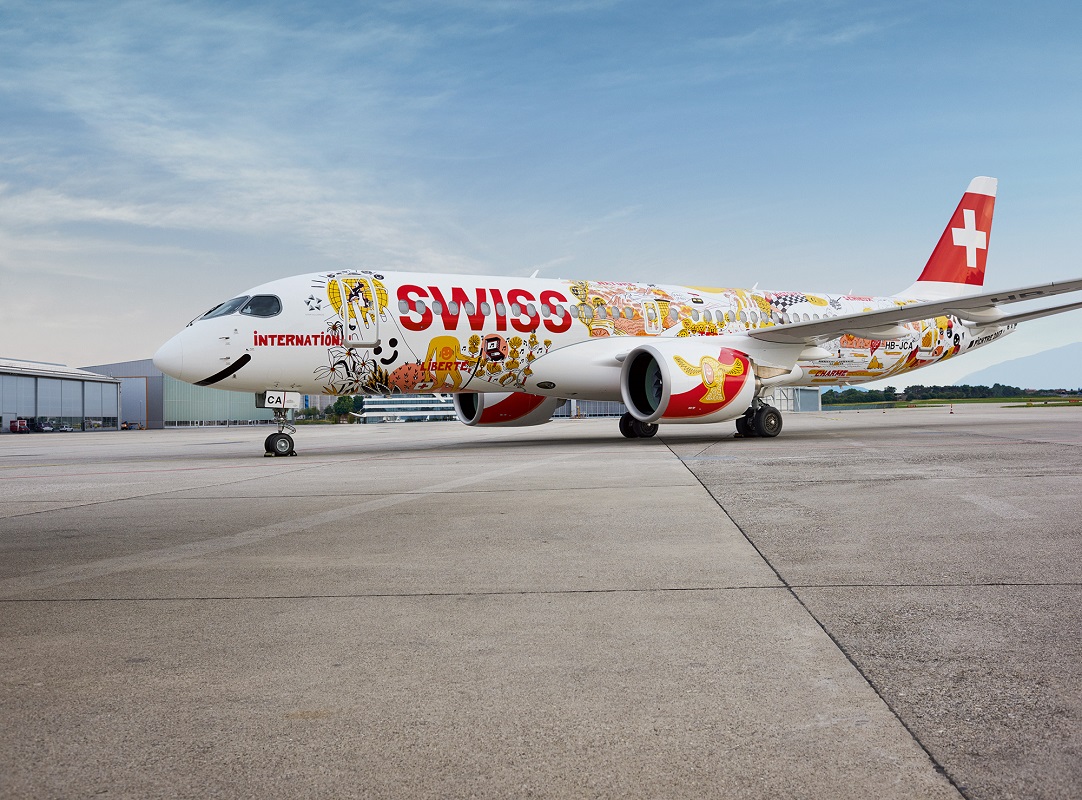 Aiming to strengthen its presence in the French-speaking part of Switzerland, Swiss International Air Lines (SWISS) recently added a Bombardier CS300 in its Geneva fleet and commissioned a special livery, designed by Romand artist Mathias Forbach, also known as Fichtre.

More specifically, the airline company held a wide scale two-phase competition asking the Swiss Romands: “What does Swiss Romandy mean to you?” The response was phenomenal, as more than 7,000 people answered with a slogan, a phrase or just a word. Their replies demonstrated the diversity and richness of Swiss Romandy and had one thing in common: pride in the region, its nature, its inhabitants and their achievements.

There was also a second question: “Who is your Swiss Romand hero?” SWISS received many testimonies inspired by personal stories, sometimes amusing but mostly moving. It then chose 49 of these stories and their heroes’ names are each printed on one of the seats of the new aircraft.

Furthermore, artist Mathias Forbach produced a graphic interpretation of the plethora of the ideas that emerged from the competition. His design will be on display on the CS300 aircraft for the next 12 months. The aircraft will be based in Geneva and will serve 27 destinations, including Palma during summer, St Petersburg in the winter and Dublin all year round.

By the end of 2018, the SWISS short-haul fleet in Geneva will consist exclusively of Bombardier C Series.