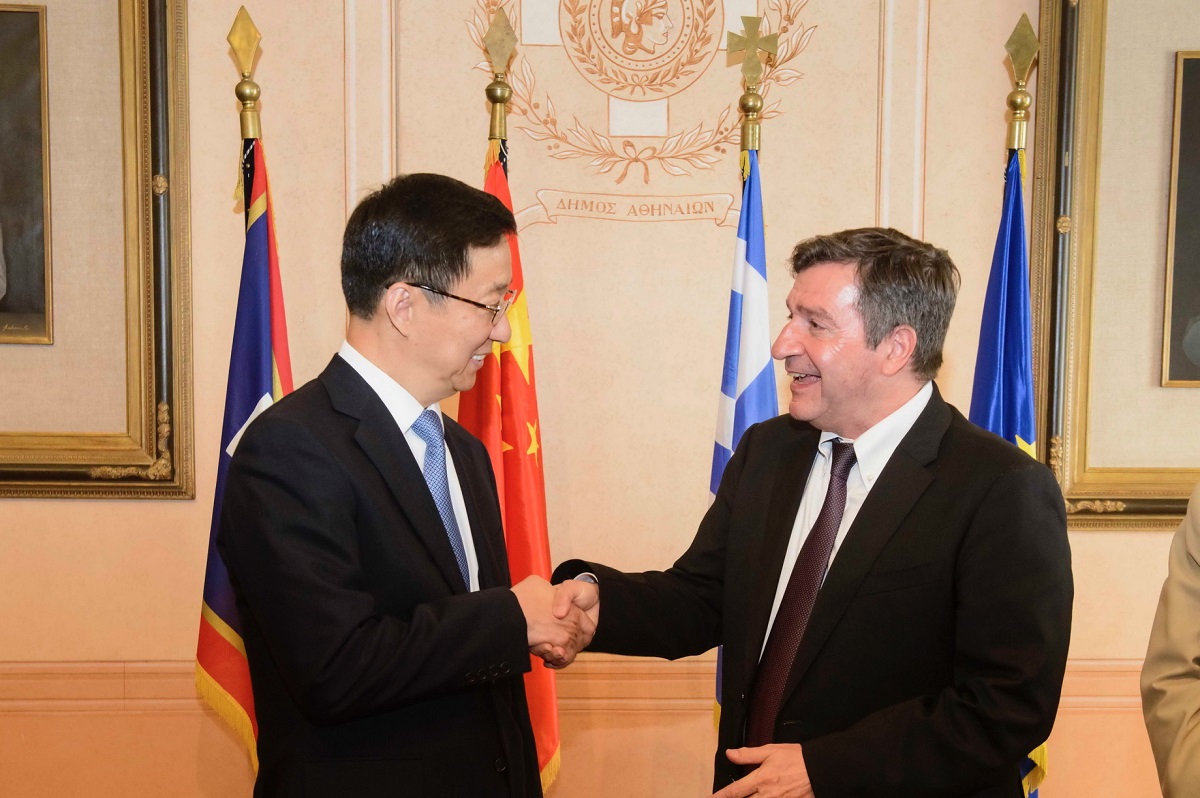 Athens and Shanghai recently agreed to further strengthen their trade, cultural and tourism ties by renewing a Memorandum of Cooperation signed between the two cities four years ago. Within this context, the Mayor of Athens Giorgos Kaminis received the Shanghai Municipality Communist Party Secretary Han Zheng and a delegation of Chinese officials at the Athens City Hall in the heart of the capital.

The renewal of the Memorandum of Cooperation was signed by Athens Vice Mayor Alexandros Modiano and Executive Deputy Mayor of Shanghai Zhou Bo,  © Studio Kominis

“We are very pleased to announce the renewal of our cooperation with Shanghai, further extending it from the fields of tourism and trade to sectors through which we can develop an honest collaboration and proceed with the exchange of know-how,” Mayor Kaminis said. He also underlined the need to set a specific timeframe and assign duties, in order for the agreement to go forward and bring positive results.

On his behalf Secretary Zheng underlined the need for regular meetings and the exchange of ideas on science, culture and trade, stressing that “Shanghai has been a center of reforms and Athens the cradle of Democracy”. Referring to tourism he said that Athens is a site of attraction to Chinese tourists and that new collaborations should be developed within this framework.

The cooperation agreement between Athens and Shanghai is added to a series of common initiatives developed by Greece and the People’s Republic of China, in the fields of tourism, the economy, entrepreneurship, trade education and culture.