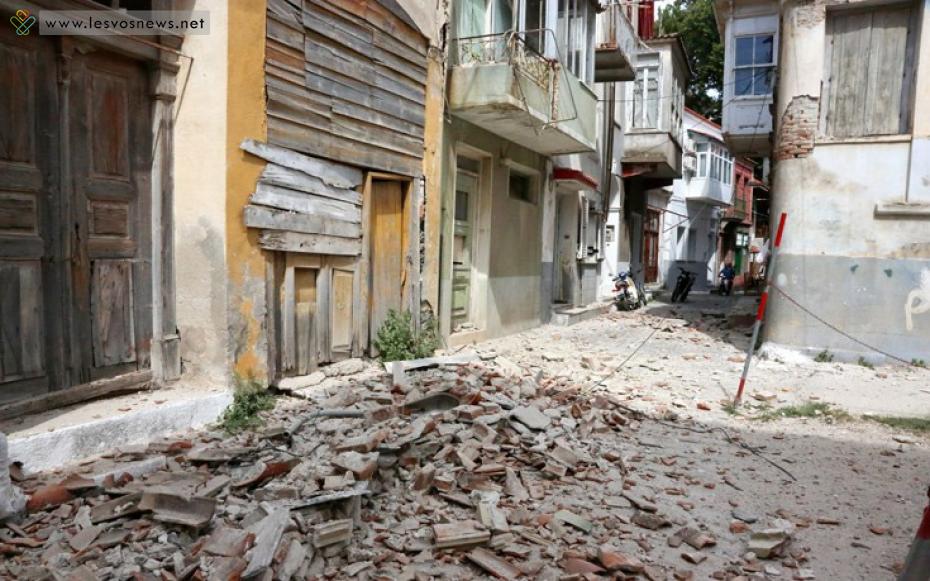 An earthquake measuring 6.1 on the Richter scale hit southwest of the eastern Aegean island of Lesvos on Monday afternoon.

According to reports, the earthquake has caused considerable damage and some collapses of houses in the village of Vrissa of Polichnitos. Old houses were reported to have also collapsed in the settlement of Plomari, including the dome of the church of Agios Panteleimonas.

Also, the main road of Mytilene – Plomari on the hill of Agios Isidoros and the road to Melinda were closed due to landslides. Damages have also been reported in the settlement of Plagia.

Two aftershocks measuring 4.9 on the Richter scale occured shortly after the earthquake.

Reports said that the tremor was felt as far away as Athens.

One fatality in the village of Vrissa has been reported from the earthquake. The village was evacuated on Monday night.

Small damages were also reported on the nearby island of Chios. Specifically in the island’s city center and in the village of Kampos.