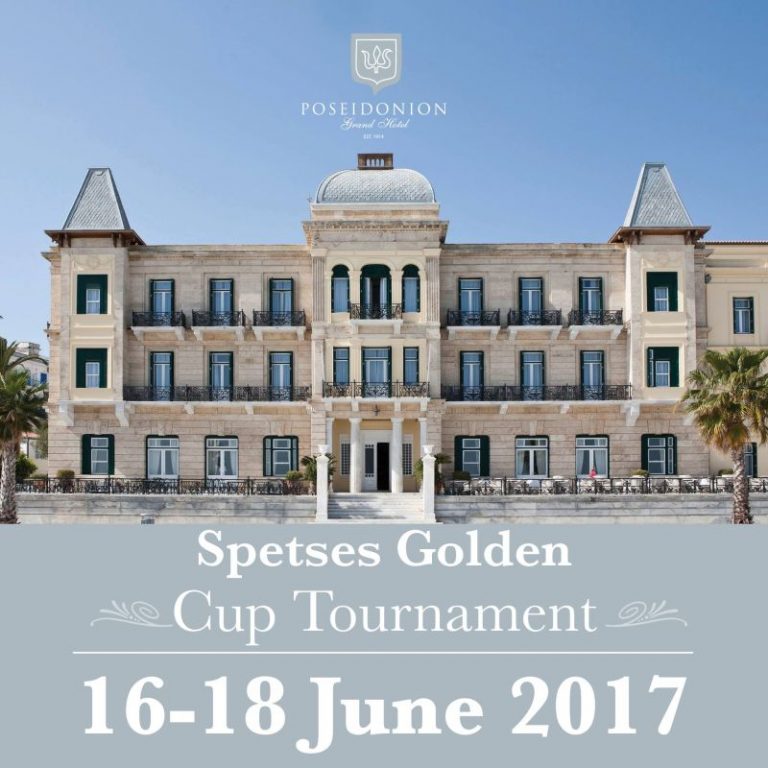 There are only a few more days to go until the launch of the 1st Panhellenic Beach Volley Championship, “Spetses Golden Cup”, on June 16-18 on the island of Spetses in the Saronic Gulf.

Organized by the Hellenic Volleyball Federation, the Poseidonion Grand Hotel and the Municipality of Spetses, the Championship will feature renowned beach volley athletes — men and women — who will compete in an impressive volleyball court to be set at the Poseidonion Square in front of the historic hotel.

“The young athletes, the dynamic sport, the impressive court set overlooking the sea, the imposing historic building and the unique hospitality of Poseidonion provide the ‘Spetses Golden Cup’ with the glamor and prestige it needs to evolve and become an annual event,” the Poseidonion Grand Hotel said in an announcement.

The event also aims to promote Spetses as an ideal destination for sports activities and events and highlight the island’s diverse features and cultural events, which provide its guests with a variety of holiday options. Folli-Follie is the Grand Sponsor of the “Spetses Godlen Cup”.

Five-star Poseidonion Grand Hotel counts more than a century of history. Fully refurbished, the hotel today comprises of two buildings with superior and deluxe rooms and suites with private gardens or balconies, offering a spectacular view of the Dapia Port and the Saronic Gulf.